Radar is the abbreviation of radio detection and ranging and is this post`s subject. Has applications in traffic, aviation, weather forecast, navigation, research, rescue, inspection and maintenance of infrastructure, and detection of enemy targets.

The radar transmits radio waves, an object receives the wave and it returns to the radar`s receiver.

The time t between the wave emission and reception is used to determine the distance d.

c is the light speed which values 3\cdot 10^8 m/s. The radars also use the Doppler effect to measure the object`s speed, when an object emits or reflects a wave approach, the wave`s frequency increase in relation to an observer. When it goes away, the frequency decreases.

The formula to calculate the Doppler effect.

How to transmit and receive?

In the transmission, the signal is modulated and transmitted in high power. The radars use oscillators with a magnetron valve to produce the waves. Click on the button below to access the post about the microwave oven and see how the magnetron works.

There are alternatives to magnetron, like Helix traveling wave tube, Klystron, extended interaction oscillator, etc. However, it’s needed a post to talk about how does each one works. The receiver usually is superheterodyne which must amplify, filter, and convert the signal in digital form to be processed. And then, extract the data to be shown on display. This is the radar range equation.

There are two types of radar: continuous wave and pulsed wave. The pulsed radar emits radio wave pulses, has only one antenna, is subjected to jamming, and can provide range and altitude.

Below we have the block diagram.

The duplexer is a circuit that makes the switching between transmitter and receiver avoiding one interfering in another.

The synchronizer regulates pulse transmission rate and coordinates the system operation time to measure the range.

This type emits continuously a wave. Needs two antennas, is more resistant to jamming, and has a higher signal-noise rate (SNR), which determines how much the signal is stronger than the noise.

Can`t provide an accurate range measure, unless it has frequency modulation. Detect motion by Doppler shift.

This is the block diagram of this type of radar.

The discriminator is the opposite of the mixer, has the function to separate the signals by frequency and phase. 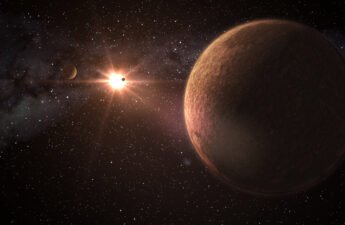