This post’s subject is an introduction about prosthetics which replace limbs and how they are controlled.

A leg prothestic with knee has the following parts. 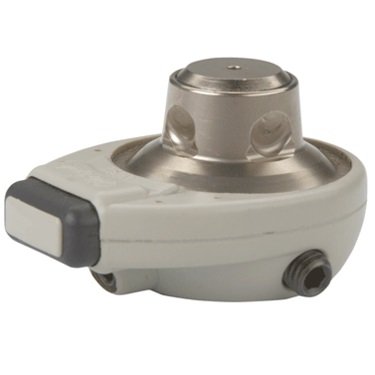 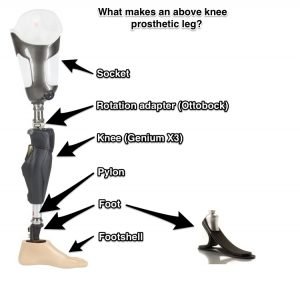 The famous race blades are made of many carbon fibers. When steps in the soil, the blade’s curve contracts like a spring. When leaves the soil, releases energy impulsing the runner. Are customized to each athlete, the blade’s size depends on the runner’s height. 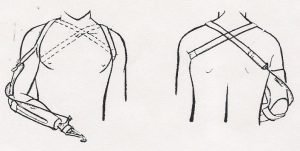 Some sockets can sustain itselves with an air valve to stick the prosthetic on the limb. 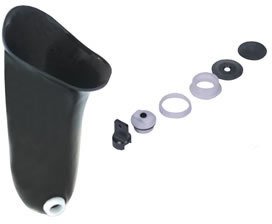 The used materials must be light and durable. The most recent prosthetics are made of materials from 3D printer. I will explain about this type of printer in a future post.

The prosthetics can be controlled by body moviments or electronic circuits. In some, the shoulder’s moviment move the cables which control the claw. 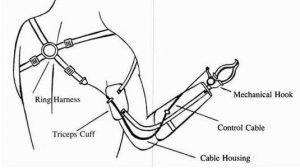 The myoelectric prosthetics have electrodes which detect moviment of muscles, send signals to a microprocessor to trigger motors which move the new limb. 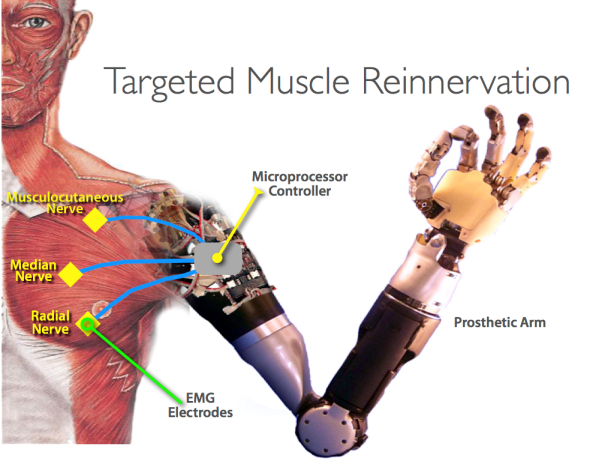 The brain send signals to the amputed limb and the electrodes get the electrical signals from the nerves in the muscles. Some leg prosthetics have a angle sensor in the knee and pressure and motion sensors in the foot and heel. These sensors send informations to microprocessor which controls a hydraulic piston. These electronic systems have a integrated battery. In the near future, will appear brain directed controlled prosthetics with brain-machine interface, will be subject of another post. 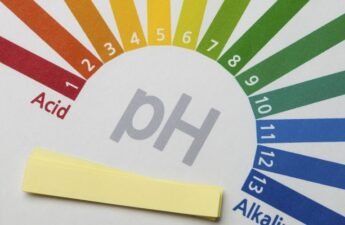 2 thoughts on “How prosthetics work?”