The space probe Parker is the one which got the closest to a star and was released the first image.

It’s been 124 days since the Parker Solar Probe was launched, and several weeks since it made the closest approach any spacecraft has ever made to a star. Now, scientists are getting the hands on the data from the close approach. Four researchers at the recent meeting of the American Geophysical Union in Washington, D.C. shared what they hope they can learn from the probe. They hope that data from the Parker Solar Probe will help them answer decades-old question about the Sun, its corona, and the solar wind.

What is fly-by? Is the path followed by a probe or spaceship through a celestial body to collect information about that body.

Each solar encounter phase occurs when the probe is within .25 AU of the Sun, and during those times the science instruments will collect data. The probe will be exposed to extreme heat and radiation during that time, and can’t communicate. Only once it exits each phase can it send its data back to Earth for heliophysicists to ponder.

This is the imagem of corona taken by the probe. 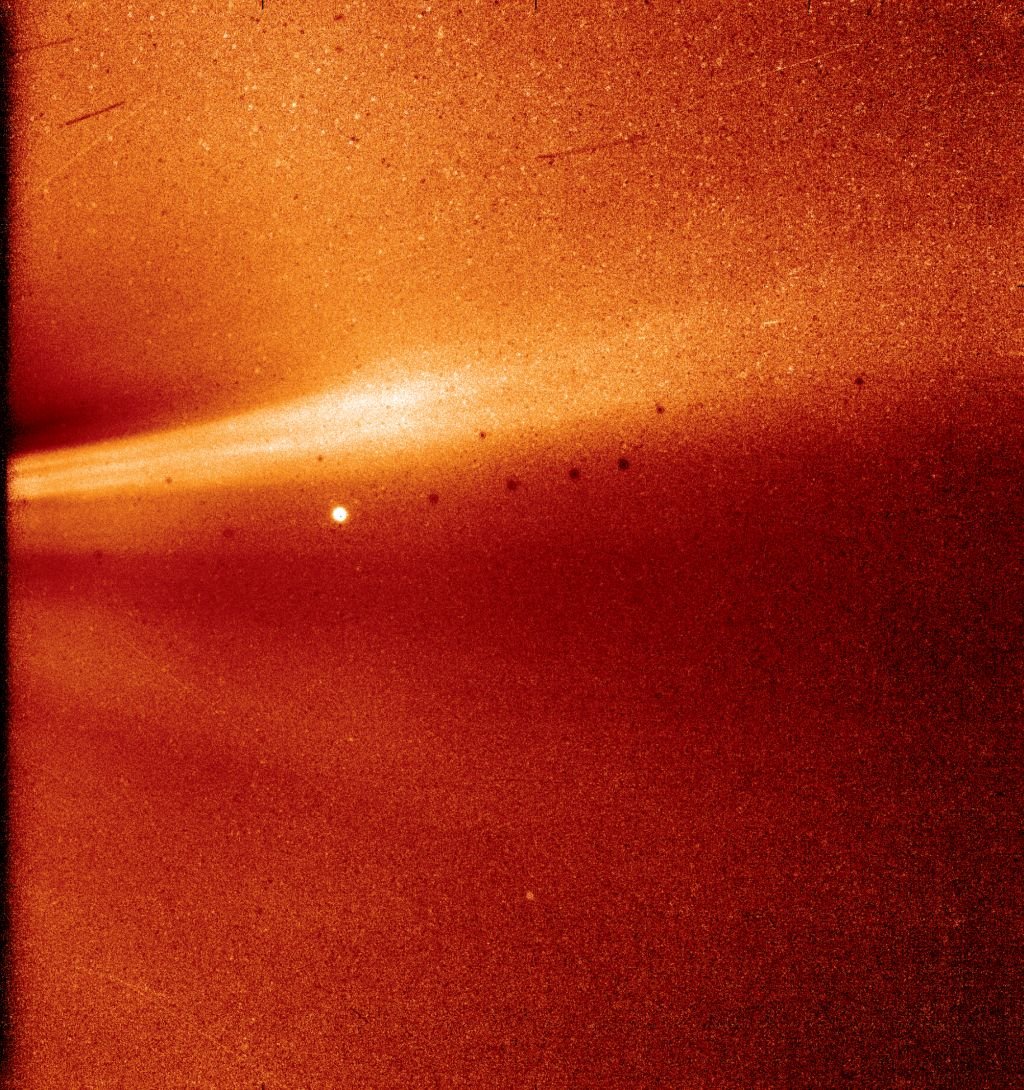 When the PSP mission was designed, scientists wanted to address three important questions regarding heliophysics:

With the Parker probe, can understand better solar flare and coronal mass ejection. These phenomena have already been described here in the site. Click in the buttons to read the post.