Have been discovered the smallest dwarf planet of Solar System, it’s name is Hygiea. Before, it was considered Ceres to be the smallest of category.

With the help of SPHERE, an instrument mounted in VLT telescope, in Chile, astronomers reveled that Hygiea asteroid can be classified as dwarf planet.

This celestial body is the forth biggest of asteroid belt, after Ceres, Vesta and Pallas.

For the first time were made observations with enough resolution to study it’s surface and determine shape and size. Astronomers discovered that Hygiea is an spherical asteroid, could dethrone Ceres as smallest dwarf planet of Solar System.

Like objects of main asteroid belt, Hygiea meets three of four requirements to be classified as dwarf planet: Orbit around Sun, no being satellite of any planet and, in opposition to planets, didn’t “clean” the space around it`s orbit.

The final requirement is have enough mass to have an spherical shape. Observations with VLT about Hygiea reveled that now.

A planet must have it’s own orbit “clean”, by that, must not share it’s orbit with any other celestial body. For that, needs to have a mass bigger than dwarf planets. This is the main difference between a planet and a dwarf planet.

Surprisingly, observation also reveled that Hygiea don’t have a huge impact crater which is expected to see on surface.

Hygiea is the main member of one of the biggest asteroid families, which is made up about 7,000 members, all of them with origin in same celestial body. Astronomers expected the event which formed this numerous family had left a big and deep mark in Hygiea.

“This result is truly a surprise, since we expected to see a huge impact carter, like in Vesta” said Pierre Vernazza, from Astrophysics Laboratory of Marseille, France. Although astronomers observed 95% of Hygiea’s surface, only two craters were unambiguously identified.

“None of these two craters could be caused by impact which originated the asteroid family Hygiea, whose volume is comparable to an object with a dimension around 100 km. Observed craters are too small” explain Miroslav Broz, from Charles University in Prague, Czech Republic. 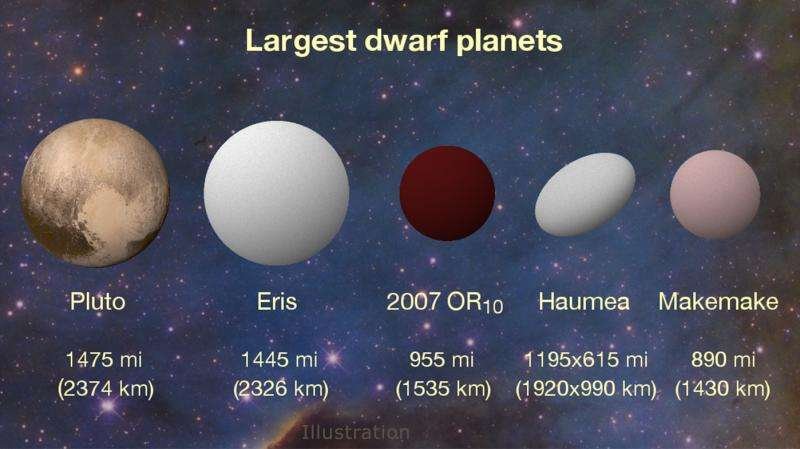