Graphene is still too expensive and difficult to make on large scale. While graphene oxide is a graphite derivate, which is cheaper and easier to manufacture.

It recommendable to read the post about graphene before continuing.

Graphene oxide is hydrophilic and easily dispersible in water and in many other solvents, due to ionizable border with carboxyl groups. This material is electrically insulant, in opposition to pure graphene, due to the presence of hydroxyls and peroxides, the later make some carbon atoms have sp³ hybridization.

Graphite is oxidated and then passes through an exfoliation process and, graphene oxide is produced. More details will be explained in another post.

Some applications of graphene oxide

The graphene oxide (GO) can be used to make seawater drinkable, 97% of salt is filtrated. Layers of GO are put together, distances between membranes must allow passage of water molecules and stop ions.

GO membranes can be used as a separator, to increase the stability of lithium-sulfur batteries. This type of battery theoretically has more energy density than the popular Li-ion. In addition to sulfur be a very abundant element on Earth.

This material is a conductor. although not as much as pure graphene. The reduction can be chemical, thermal, or electrochemical.

The rGO can serve as electrodes and channels in thin film transistors (TFT), due to flexibility. Transistors made exclusively of rGO can be bent more than 10,000 times without losing conductivity. Besides being cheaper than TFT with graphene.

The groups with oxygen in rGO allow that material to absorb gas molecules. Therefore, field effect transistors with an rGO membrane between its electrodes can be a very sensitive electrochemical gas sensor. It is also capable to detect organic molecules, depending on the substrate and combination with other materials. 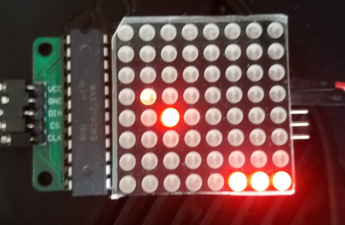