The CCD is the abbreviation of Charged Couple Device. This light sensor is very used to obtain images in digital cameras, telescopes and smartphones.

Capturing light and converting it in electric signals

The CCD chip is an array of photoelectric sensors, that convert light in electric signals, which are amplified and converted in digital signals by an analog-digital converter (ADC).

A silicon substrate type p doped, to have lack of electrons. Above this substrate, there’s a thinner layer of type n silicon doped with phosphorus, to have excess of electrons. The surface is divided in insulating channels (channel stop), made of silicon with high concentration of boron. An oxidation reaction creates a silicon oxide (SiO_{2}) layer over the surface. Perpendicular to insulating channels, are placed electrodes made of aluminum or polysilicon.

This is the phenomenon behind the operation of CCD sensor. When a photon, light particle, hits a metallic surface, an electron is emitted from the surface.

To have electron emission, light’s frequency (f) must be equal or higher than a cut-off frequency, which depends on the material where light hits. The equation of a photon’s energy (E).

This effect can’t be explained by classical physics, that considers light as an electromagnetic wave only. According to classical physics, higher light intensity would make the ejected electron have more energy and any light with any frequency would eject electrons from the surface. In practice, it doesn’t happen this way, photoelectric effect does not depend on light intensity neither the time the material is exposed to light. This is the equation of photoelectric effect, which is an application of Law of Conservation of Energy.

Where e is electron charge and V_{corte} is the voltage cut, when higher the frequency, higher the V_{corte}.

What happens when light hits the pixel?

The electrode, SiO_{2} layer and doped silicon form a MOS capacitor (metal, oxide and semiconductor), that stores electric charges. When a positive voltage is applied on electrode (Gate), the generated electric field attracts electrons and repel holes, empty space that have positive charge because they don’t have electrons, creating a potential well below the n-type silicon layer (n-Channel).

When higher the light intensity, bigger the number of generated electrons, until reach a limit, where the well becomes saturated. The electrodes receive many clock signals in sequency, to transfer potential wells with electrons to the horizontal shift register. After that, the output resulting signal is amplified and converted from analog to digital.

If the CCD sensor measures only light intensity, how colors are produced? Between lens and CCD chip, it’s used the Bayer filter.

Each color mask is above a pixel. The light intensity is measured in a central pixel and on the adjacent ones and, an algorithm estimates the exact color on spot. The filter follows the patterns of 2 green masks for each one blue and one red, because the human eye is more sensitive to green than other primary colors. 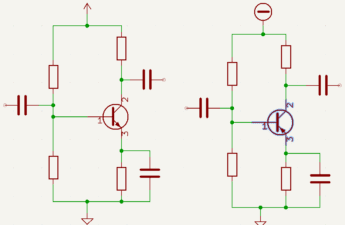 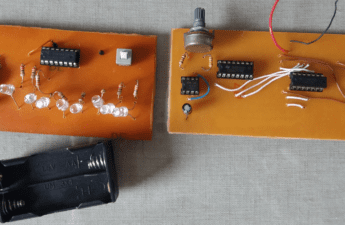 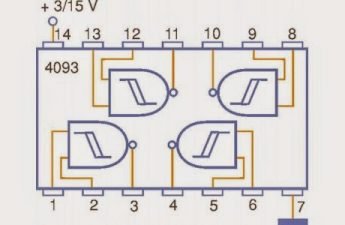