The current most advanced television in the market is the LED TV, whose operation is this post`s subject.

A TV monitor has many LEDs. These components replaced the cold cathode fluorescent lamp (CCFL), which are part of LCD TVs. This is the diference between the LCD TV and LED TV. The great advantage of LEDs is the energy saving. 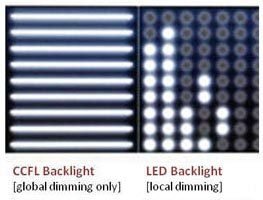 The TV LEDs stay in a matrix and are controlled by an electronic circuit called driver. This is an example of LED driver, your function is to increase the input DC voltage and provide a constant current to LEDs. 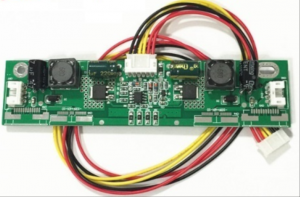 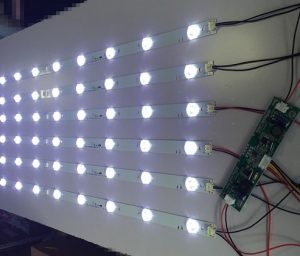 To know how LEDs work, click in the button below.

The LED TV polarizes light the same way the LCD TV. Has glass filters, polarizers films and a LCD layer with thin film transistors, which are electrically controlled by subpixel electrodes. This figure shows the screen structure of a LCD TV, which is the same from a LED TV, except the LED matrix instead of fluorescent lamps.

In the post about the operation of LCD, I already explained how the liquid crystal works and how it polarizes the light, click in the button below to see.

How the TV LED reproduce the colors? The backlight LEDs emit white color, which is the sum of all other colors. Each pixel has filters of three primary colors: blue, green and red. 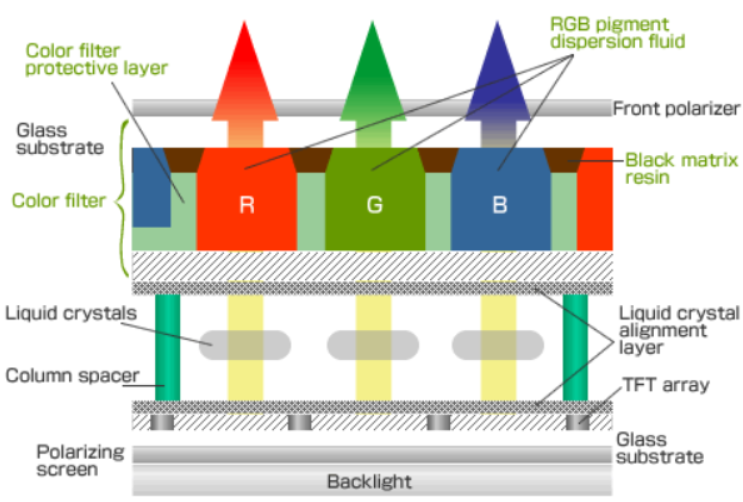 The pixel color depends on the polarization of liquid crystals, which are controlled by thin film transistors. The combination and intensity of three primary colors can produce all other colors. In addiction to economy of energy, others advantages this type of TV has over the LCD type are: 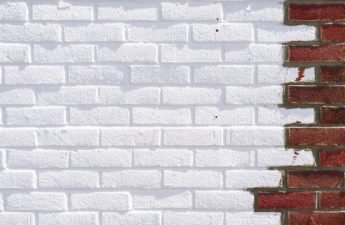 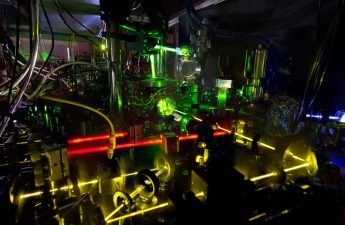 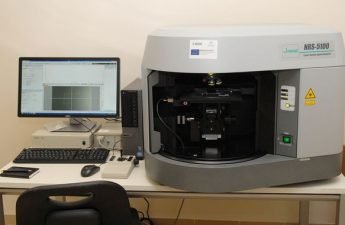