I received requests to write about fuels. In this post, will be shown the main petroleum fuels actually used, your properties and applications.

The gasoline is composed by molecules with hydrogen and carbon, which can have from 4 to 12 carbon atoms. The most part has the chemical formula C_8H_{18}, but can have impurities of sulfur, nitrogen and metals. The automotive gasoline is classified in regular, additive and premium. Every gasoline is uncolor and dyes are used to distinguish the different types, the colors are defined by company and legislation, usually is yellowish. 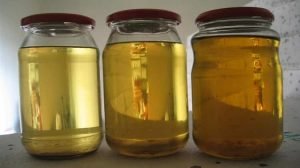 The additive gasoline has lubricant to engine and a detergent substance. The detergent is a hydrocarbon which dissolves the quantity of waste in the motor, improving the fuel efficiency and economy. Each company has it own detergent formula.

The premium gasoline also has detergents and a octane level from 91 to 93, while the common has 87. Octane measures the quantity of branches in the hydrocarbon molecule. When higher the octane, bigger the resistance from combustion by compression. The heptane has octane 0. 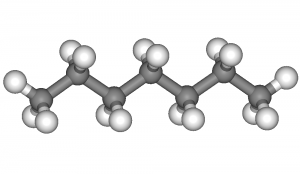 While the isoctane has octane 100. 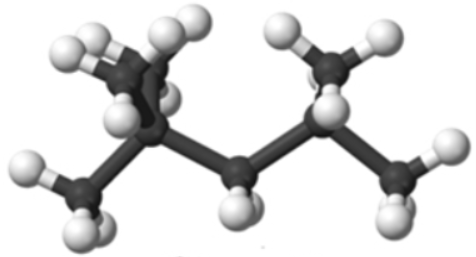 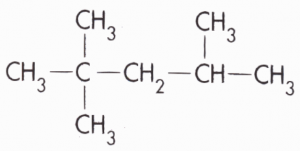 Why octane is important? Because the fuel must burn in the right time to engine operation. A gasoline with 87 octane means that it behaves like it have 87% of isoctane and 13% of heptane, not that really has this composition.

Gasoline for aviation or AV-Gas

The gasoline for aviation has blue color. 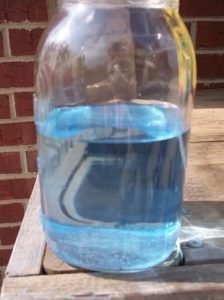 The molecules have from 5 to 10 carbon atoms, has octane of 100, is little reactive, which allow storage for long time and it is less volatile than gasoline, to not release vapors in high altitute and low pressure. Contains tetraethyl lead (Pb(C_2H_5)_4) to avoid espontaneous combustion and for that can’t be used in cars, because the lead will accumulate in the exhaust and engine of car. 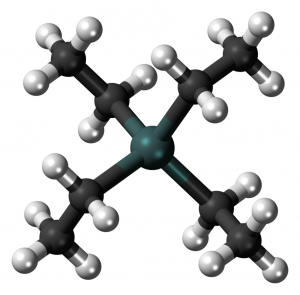 The Av-Gas is used in small planes which has engine pistons.

This is for big jet aircraft or turboprop. Has molecules with 10 to 16 carbon atoms. Keeps in liquid state until arrives at combustion chamber, has volatility (capacity to form vapors) lower than gasoline and has additives to prevent corrosion, oxidation, freezing and microorganism formation. 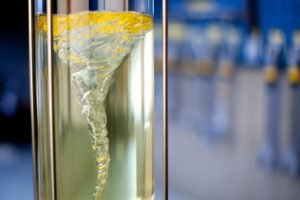 Is divided in three types: Jet-A, Jet-A1 and Jet-B and the difference is the freezing point. The Jet-A is only used in USA and has a freezing point of -40ºC, the Jet-A1 is the most used in the world, with freezing point of -47ºC. The Jet-B, a destilled with nafta and kerosene fractions, is the best to cold regions, because it freezes at -50ºC.

Used in trucks, busses, ships, submarines, tractors and big machines. Has hydrocarbon from 10 to 20 carbon atoms, is more viscous, less volatile and more dense than common gasoline. S-10, S-15, S-500 show the quantity of sulfur in the fuel. A S-10 diesel means that has a quantity of 10 parts per million (ppm) of sulfur in maximum. The diesel can have many colors, depending of regulations and sulfur quantity. 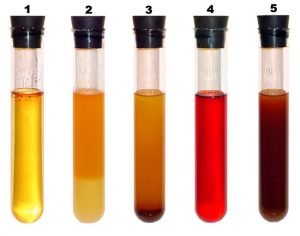 The cetane number measures the diesel`s combustion capacity, when higher the number, faster the ignition. The cetane (CH_3-(CH_2)_{14}-CH_3) has this number equal to 100.

In the next part, I will explain about propane and renewable fuels 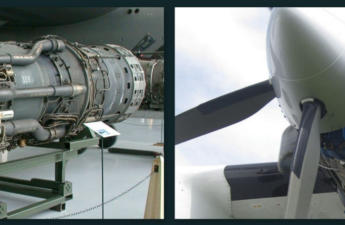 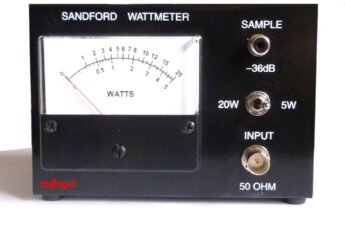