This is the telescope set, stay inside a 6 meters diameter dome. 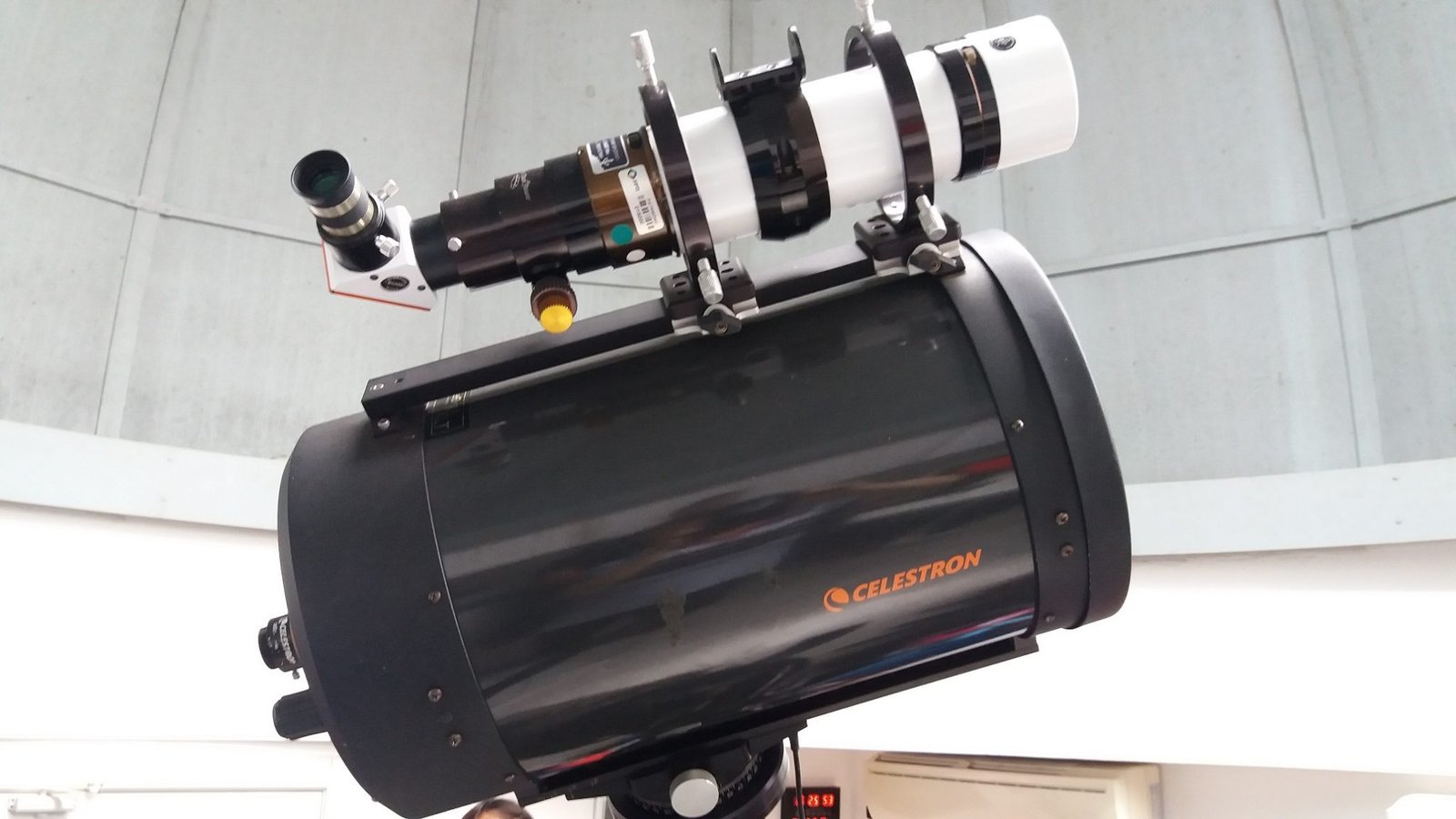 The biggest is a catadioptric telescope, has refracting and reflecting features. First, light passes by a corrective lens in front, to remove aberrations and hit a concave primary mirror. Then, light is reflected by a secondary convex mirror, arriving in the eyepiece. 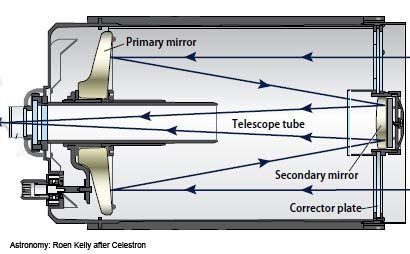 In the eyepiece, a camera is placed. 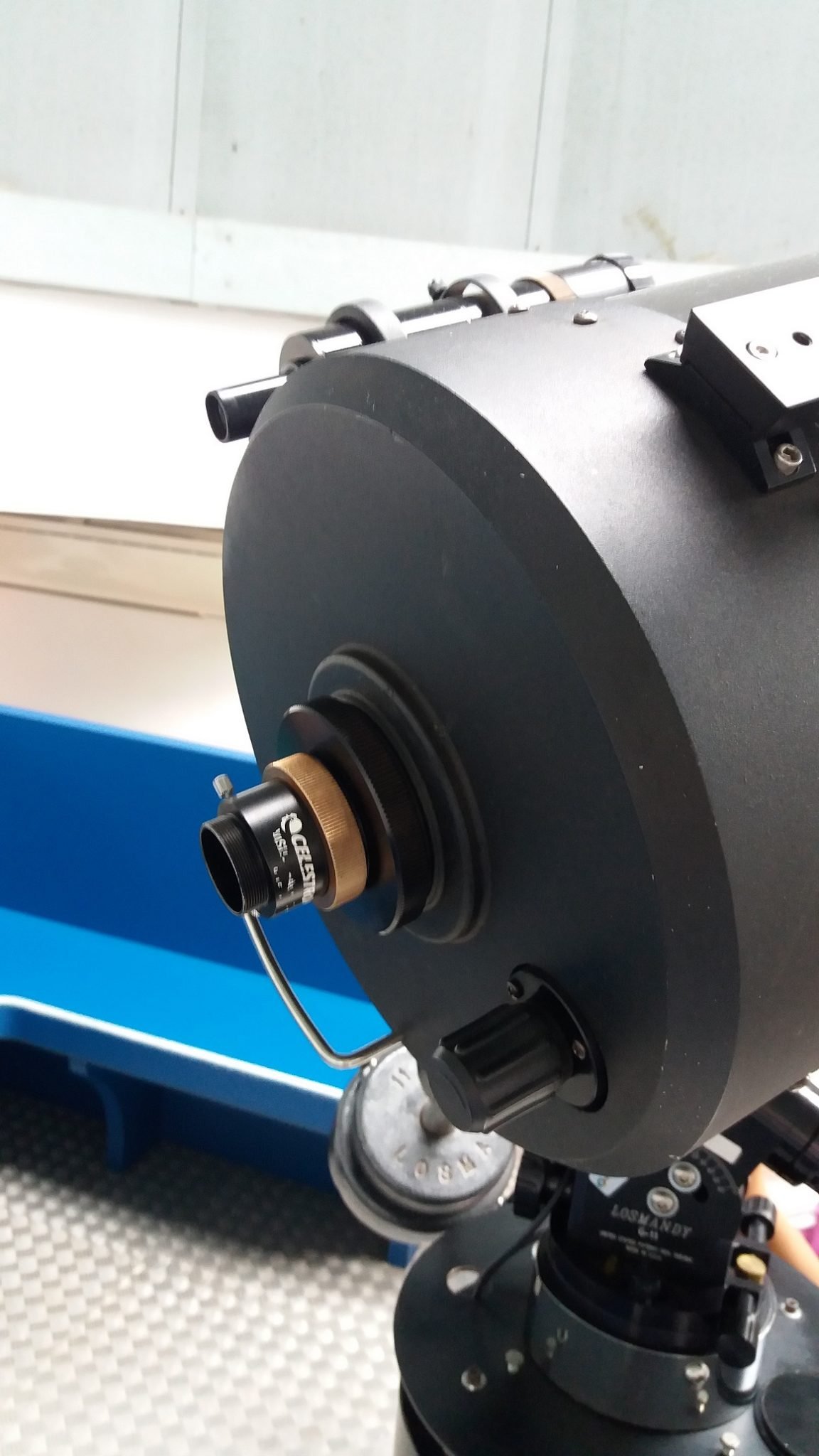 This is the solar telescope, has special filters which allow to see the Sun. 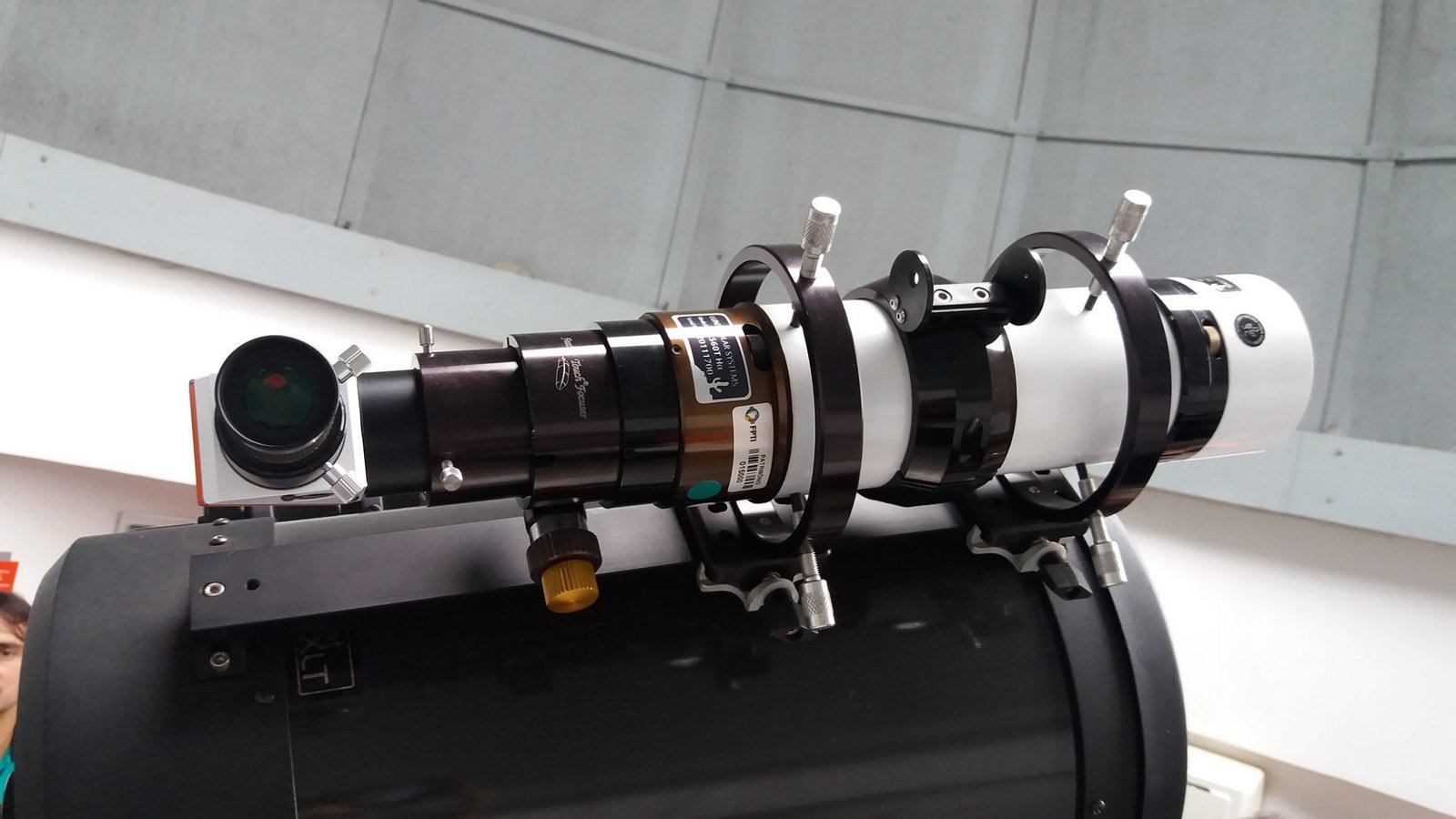 One of the most used filters is the H-alpha, which filters the white light emitted by hydrogen atoms, the most common element in the stars. Solar filters allow to see the Sun in more details. This is the Sun saw by hydrogen-alpha light. 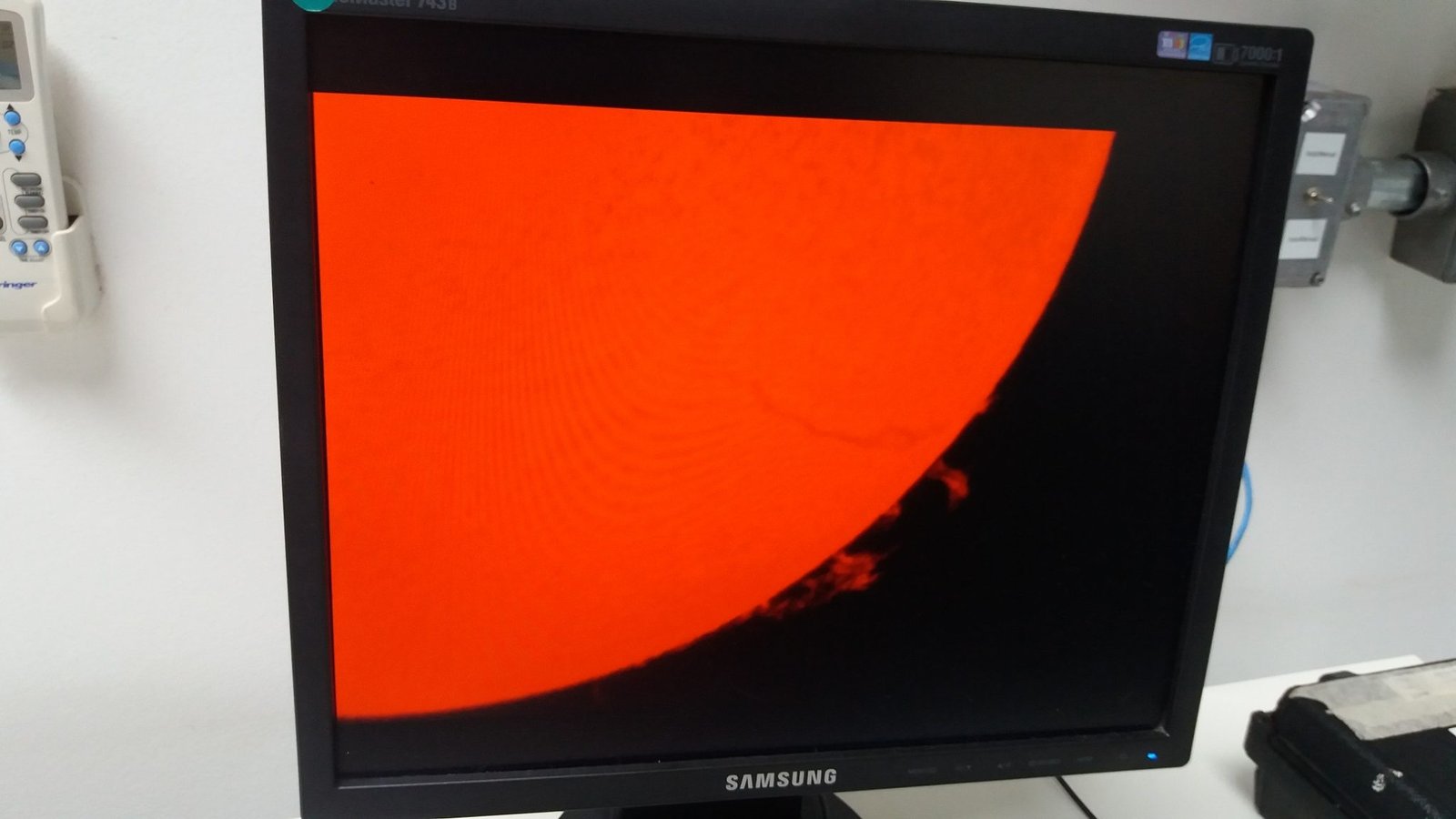 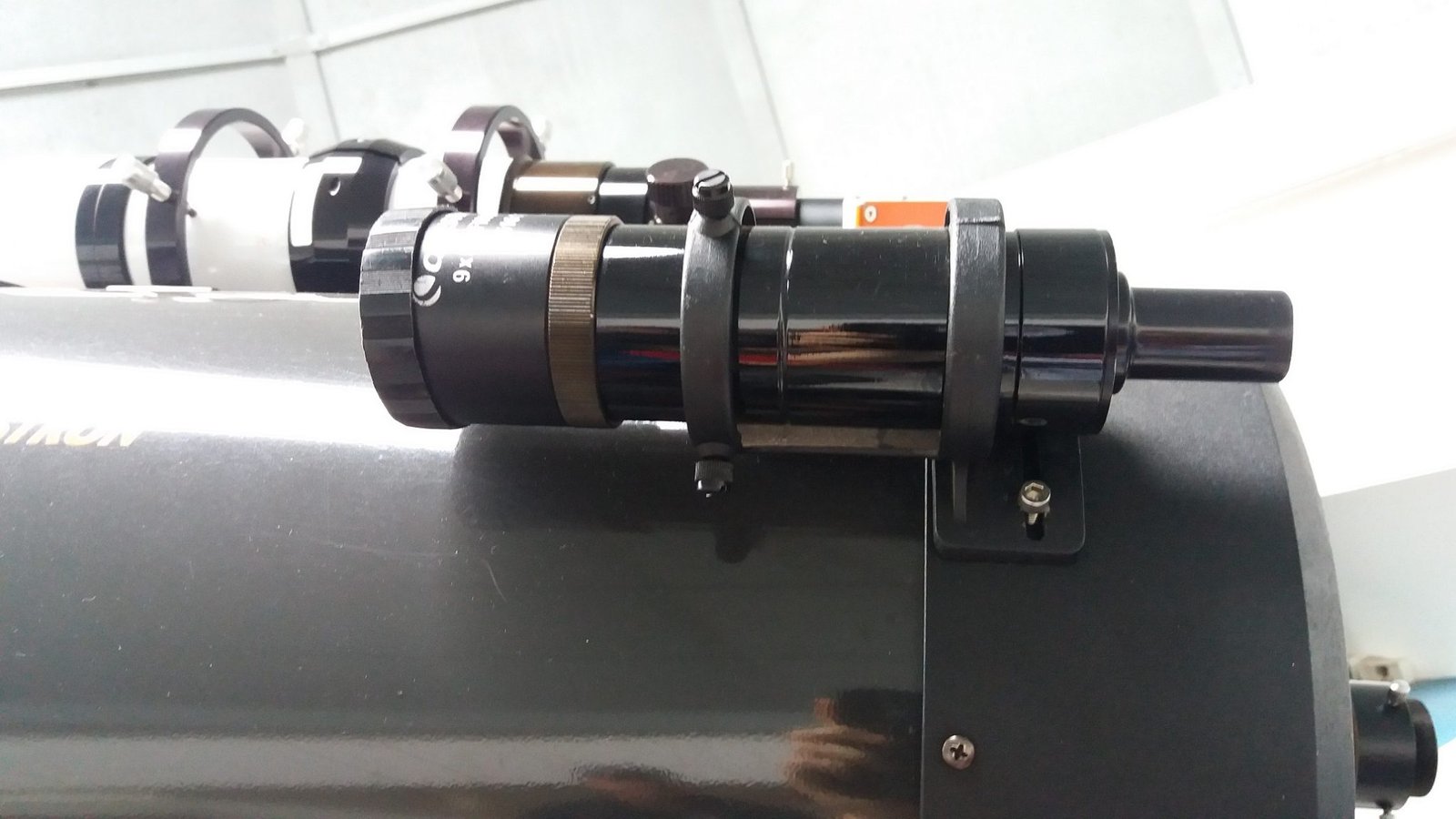 The astronomical pole has meteorites pieces. This is the pallasite meteorite Brehnam, found in Kansas, USA, in 1882. Pallasite is a type of meteorite which has an approximately equal quantity of rocks and metals. 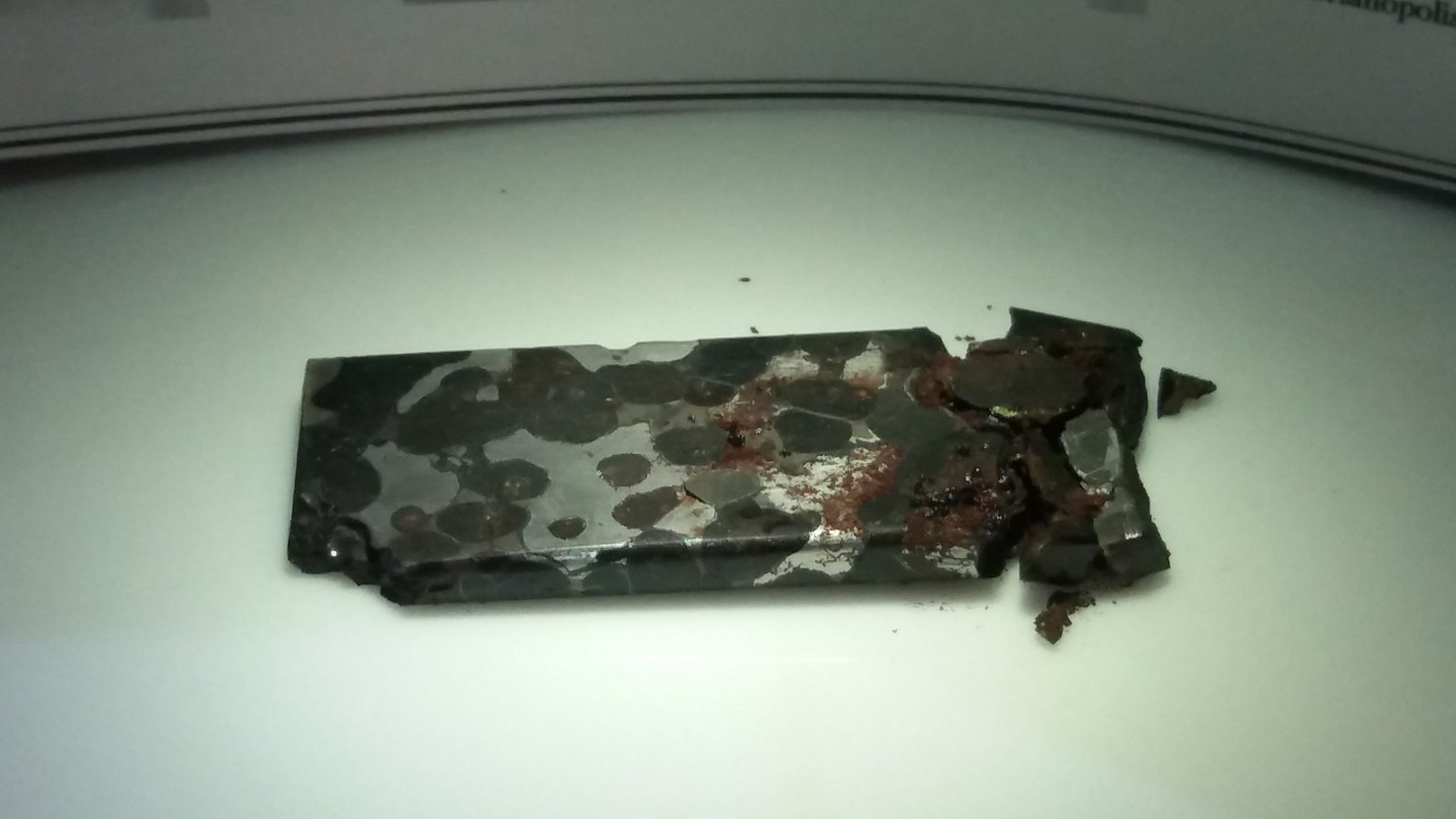 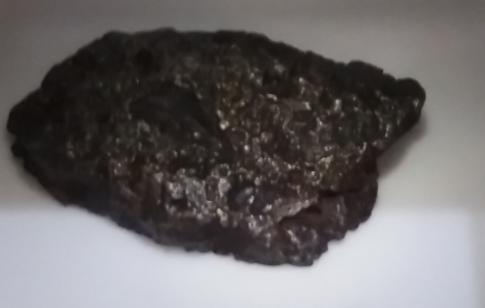 The chondrite Santa Vitória do Palmar, this was found in 2003, in Rio Grande do Sul, Brazil. The chondrites are the great majority of meteorites, are stony which have mineral particles called chondrules. 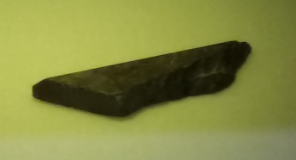 The metallic meteorite Santa Catarina, found in São Francisco do Sul, Brazil, in 1875. 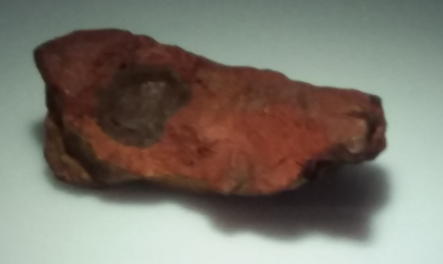 This is the tektite philippinite, found in Paracale, Philippines, in 2005. Tektites are silicate made rocks, formed with high temperature and pressure due to meteorite impact. When reaches the atmosphere, it is cooled and returns to Earth. 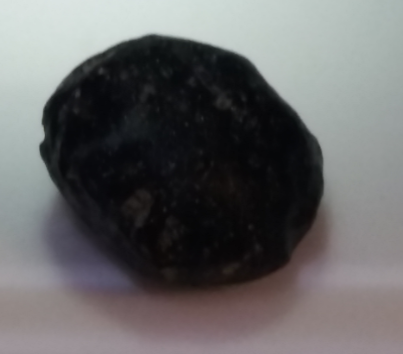 The Muong Nong is also a tektite. Found is Ubon Ratchathani, Tailand, in 1998. 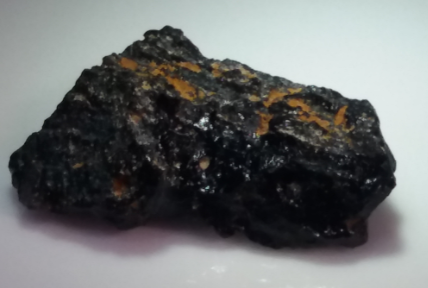 In this astronomical pole, there is also a planetary. 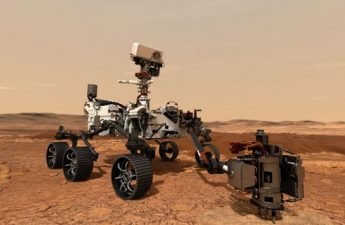