The Gauss accelerator is a linear magnetic accelerator which launches metal spheres to considerable speeds. In this post, will be shown the operation and this experiment’s construction.

Initially a sphere moves in low speed Vo in direction to the magnet. In the magnet’s opposite side there are two or three metallic spheres.

The sphere in motion is attracted by the magnet, increasing your kinetic energy and reaches speed V1. Below is the kinetic energy’s formula, m is the object’s mass and V is the speed.

When hit in the magnet, kinetic energy is transferred to the furthest sphere from magnet in the opposite side. Let’s call the kinetic energy with V1 speed Ec1.

The second sphere with V1 receives additional energy due to attraction with other magnet from the next stage, the sphere which moves in the second stage has a kinetic energy bigger than Ec1, let’s call it Ec2. The sphere with Ec2 hits the magnet of third stage and the chain reaction continues. In real situations, occur energy losses due to friction and impact, therefore, transfer is never 100%.

Will be shown a circular Gauss accelerator, were used steel spheres and these small magnets. These magnets aren’t very strong, but it is possible to make the experience. This experiment has 7 stages, each one with two magnets and three spheres. This is the assembly of a linear accelerator. Are used the same magnets and spheres. Were used two wood pieces with 1 meter length and the dimensions cross sectional area appear below, here is not showed in scale. The 1.8 cm side is facing down. 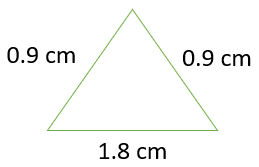 This is the linear Gauss accelerator assembled, has 19 stages, each stage with a magnet followed by two spheres. The magnets are 5cm of distance from each other.

To increase projectile’s speed, it needed stronger magnets, by preference made of neodymium and a surface with little friction. 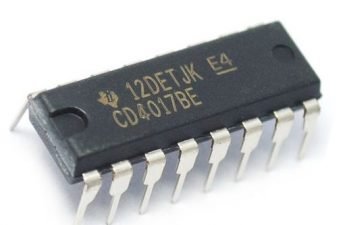