This post is the continuation of rare earth subject. I will talk about the main rare earth reserves and some applications of each element.

To see the first part click in this button. 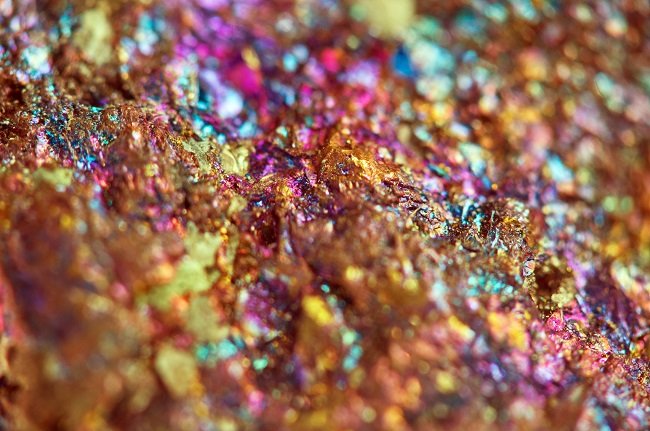 This figure shows the estimate of countries which possess the biggest reserves in 1000 tons.

As you can see, in addition to having the biggest reserves, China leads in the production and export of rare earth, dominating 97% of the market. This map shows the biggest Chinese rare earth reserves.

Rare earth are fundamental to modern and sustainable technologies, here are the 17 elements and some of the applications.

The 46 isotope is used in oil cracking has a marker, the aluminum-scandium alloy is used in missiles, aircraft, MiG jets fighters, baseball bats, and bicycle frames due to thermal stability, lightness, and increase of resistance.

The yttrium is used to produce artificial zirconia gemstones. It is used as a garnet made of yttrium and aluminum for dilapidation.

Cobalt and yttrium alloys form permanent magnets, also are used in superconductor production. Here is a superconductive ceramic made of yttrium cuprate and barium.

The yttrium and iron garnets (Y_{3}Fe_{5}O_{12}) are used as microwave filters in radar and serve as sound transducer and transmitter.

The La_{2}O_{3} oxide increases the glass’s resistance giving a high refraction index and a low light dispersion. It is used to manufacture glasses which absorbs infrared radiation, binocular, telescopes and camera glasses.

The lanthanum hexaborate (LaB_{6}) is used as filament in electronic microscopes.

The LaB_{6} as electron source in a electronic microscope.

The cerium is used in the production of permanent magnets and aluminum, steel, iron, and magnesium alloys. Also is used in carbon filament lamps.

The cerium is used in flat-screen TV, spotlights and low power lamps. Cerium oxide is a hydrocarbons catalyst in self-cleaning ovens.

With magnesium, can make a high resistance alloy to aircraft engines.

The praseodymium is used in electrodes to carbon filament lamps. Praseodymium oxide and neodymium form a glass called didymium which filters dangerous and undesirable lights, making it useful to soldering masks and photographic filters.

This element is more known in the manufacturing of very strong magnets, which formula is Nd_{2}Fe_{14}B. These magnets are used in wind turbines, headsets, speakers and PC’s hard drives.

Exist the yttrium oxide and aluminum lasers, doped with neodymium (Nd:YAG), are used in medicine and dentistry.

Since promethium is radioactive, it is used in atomic clocks, nuclear batteries to satellites, and space probes. Promethium isotopes are used in luminous displays to watches.

Absorb neutrons in nuclear power plants. It is used in glasses that absorb infrared and optic fibers. The calcium fluoride (CaF_{2}) showed below are doped with samarium to produce lasers and masers.

The samarium also can be used to make alloys for headsets. Samarium-cobalt magnets (SmCo_{5}) have great resistance to demagnetization.

Can be used to absorb neutrons too. When the europium receives ultraviolet light, emits a red light that can detect fake money.

It is used to manufacture triphosphor pigments to fluorescent lamps.

It is used in the manufacturing of TV image tubes, doping oxysulfide of yttrium.

This element can also be used in TV color tubes and to absorb neutrons. The material Gd_{3}Ga_{5}O_{12} is used in the manufacturing of computer’s memory and CDs.

The material Gd_{2}O_{2}S:Tb can convert X rays in visible light, for that it is used in cameras and X rays scintillator.

Just like the europium, it is used in fluorescent pigments to lamps. With terbium, dysprosium and iron can be created the Terfenol-D alloy which deforms in the presence of a magnetic field.

This alloy can make any solid flat surface a speaker.

This element is also used in the production of alloy to electronic devices and doping of materials used in semiconductors like calcium fluoride, calcium tungstate, and strontium molybdate.

The dysprosium oxide and nickel are used in cooling bars in nuclear reactors, manufacturing lamps, and sonic/ultrasonic actuators.

The holmium perchlorate (Ho(ClO_{4})_{3}) is used in standard wavelength calibration to spectrophotometry.

Also, it is used in yttrium aluminum lasers (Ho:YAG) to take out kidney stones.

Optic fibers signals are amplified with erbium in glass fiber.

Used in lasers for recording, abrasion and high power.

Is a hydrocarbon catalyst to oil cracking. The crystal TLS (Thin Lutetium Silicate) is used as a scintillator to detect radiation to tumor treatment. 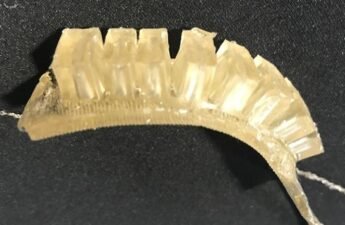