CDMA is the abbreviation of Code Division Multiple Access. Was a technology used in cellphones and is this post’s subject.

CDMA is a multiple access technology, but it is not the only one. FDMA means Frequency Division Multiple Access, divides the frequency band in many channels. Each subscriber has a channel which can transmit voice. The number of channels depends on the bandwidth of each channel. The FDMA is used in analog systems. 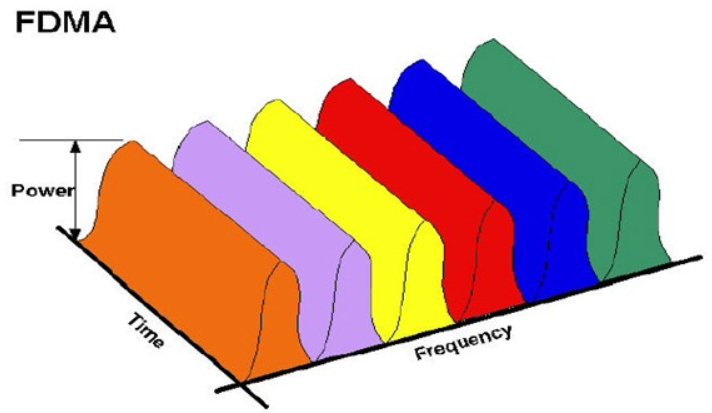 TDMA is the abbreviation of Time Division Multiple Access. In the TDMA, many users can use the same channel, which is divided in time slots. Each subscriber has a periodic sequence of time slots. 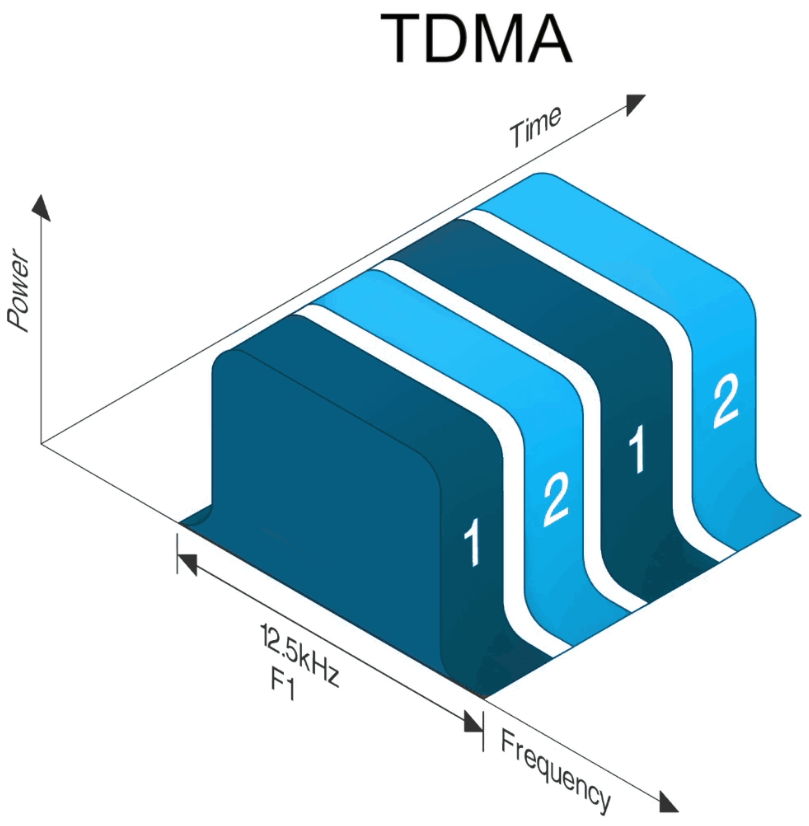 In CDMA, all users can transmit in the same frequency band and at same time, using the spread spectrum technique. However, each transmitter and receiver has an unique pseudo-noise code to avoid interference and secure privacy. This feature allows a lot of room to data transfer.

This technology was used in 2G and 3G cellphones, the standard to 2G was the IS-95A, a big bandwidth prevents jammers to block the signal. Operates in UHF frequency, close to 800 MHz or 1.9 GHz and has a speed of 14.4 kbps (kilobits per second). The channel must have a bandwidth of 1.25 MHz.

This is the system’s architecture on IS-95A standard or CDMAone, the connections represent the interfaces. 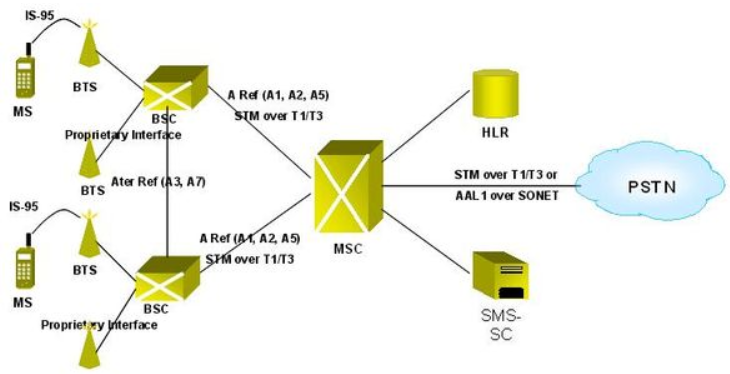 MS is the mobile station, the cellphones. BTS is the base transceiver station, transmits and receives cellphone’s signals, the base station controller (BSC) controls the BTS, the transmission power and makes the connections. MSC is the mobile switching center, makes the link between the users and provide interface between the radio network and PSTN, the telephone network. The HLR is the register which stores MS location and information about the subscriber. SMS-SC is the service center of short messages.

It is a variation to 2.5G cellphones with a data speed of 115 kbps. The CDMA IS-95B gave origin to the CDMA-2000 of third generation (3G), which influenced in creation of actual LTE  from 4G. Other technologies will be subject to future posts. 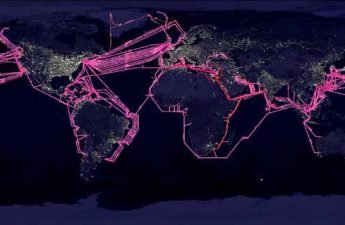 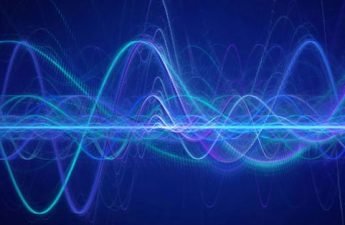