This is the second part explaining various types of antennas. Reflecting antennas are this post’s subject. Reflectors serve to increase directivity. 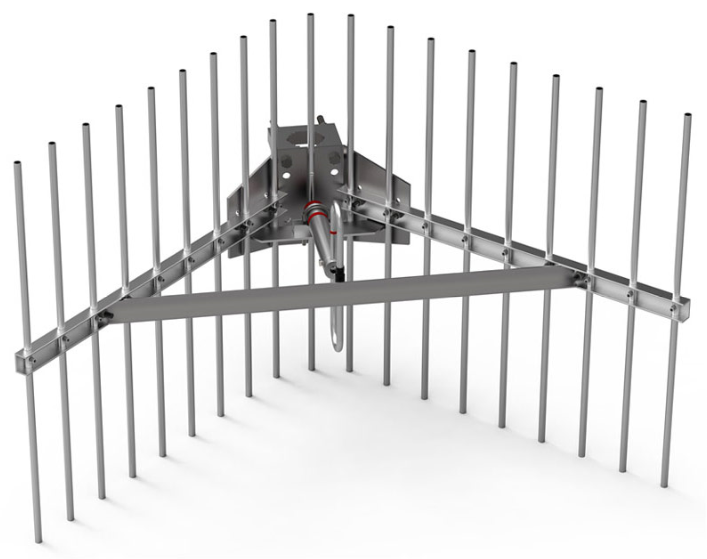 It is a dipole antenna with two reflecting planes which form an aperture angle between 60° and 120°, in most cases it is 90°. Conductive plane can be made of many conductors in parallel or a sheet metal. 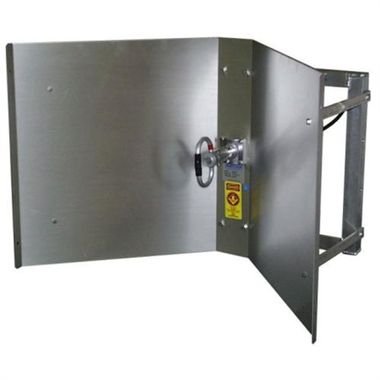 In a corner reflecting antenna with reflecting bars, distance D between the bars must be a tenth of wavelength \lambda of electromagnetic wave (\frac{\lambda}{10}). Distance S between dipole and the corner must be between \frac{\lambda}{3} and \frac{2\lambda}{3}. The antenna’s aperture, distance between two extremes of reflector, is typically between \lambda and 2\lambda. The length H is usually 2 times S. Height W must stay between 1,2 to 1,5 dipole’s length to have a good front-back relation. 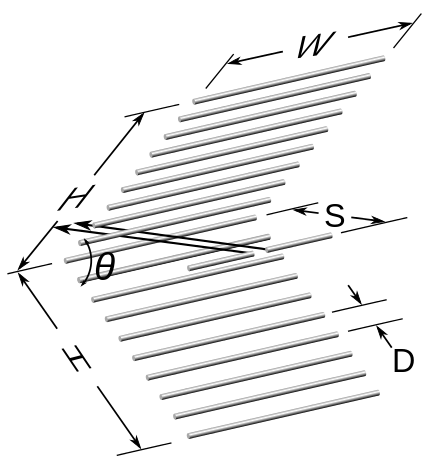 These are the radiation patterns of two types of corner reflecting antenna. If aperture is too big, directivity decreases. For other side, if is too small, radiation resistance increases and antenna loses efficiency. 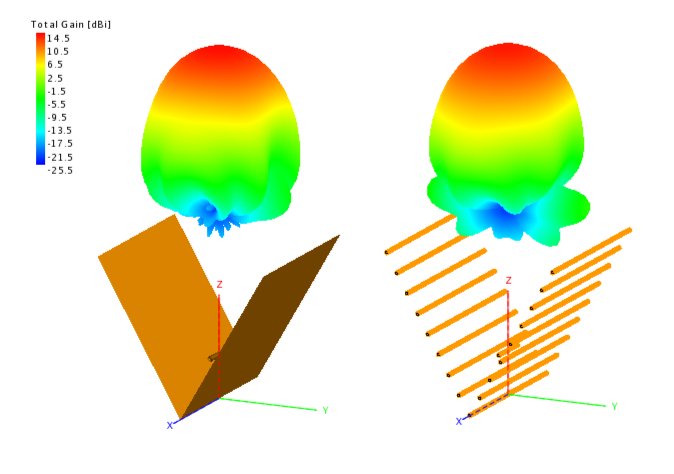 Are used to telecommunications in VHF (30 to 300 MHz) and UHF (300 MHz a 3 GHz) frequencies. This type of antenna can have many colinear dipoles. The antenna below is used for digital TV. 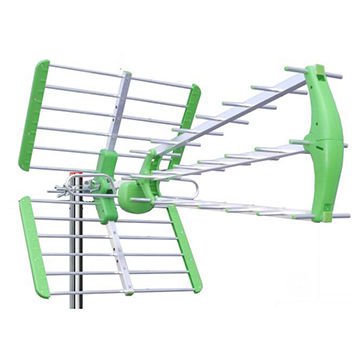 Is the most famous of reflecting antennas, curvature of parabolic allows the wave to reflect and concentrate in a focus point in axis of parabolic’s center. 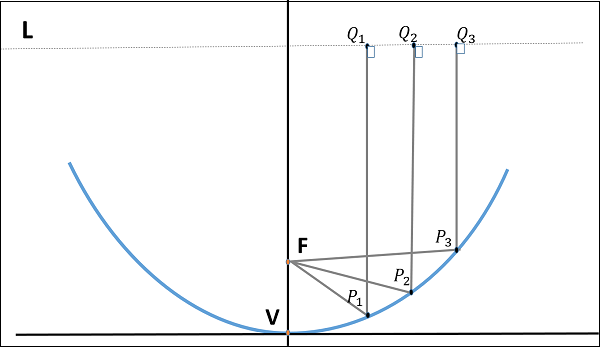 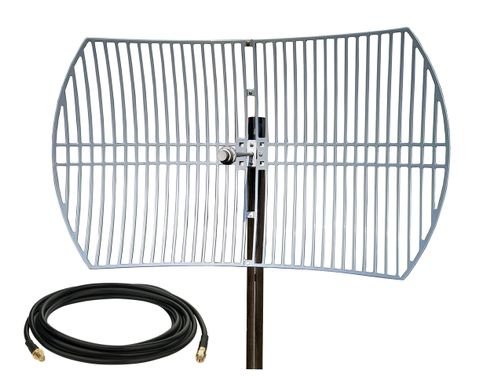 Distance from focal point to parabola’s center F is calculated in this way:

Where D is diameter and H is width of parabolic reflector. 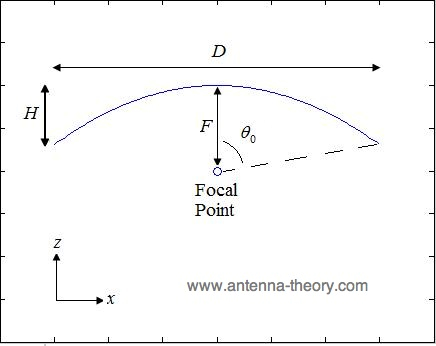 Small antennas operates with frequencies above 1 GHz, but some larger ones can work in VHF frequency and need a very big reflector to operate in these frequencies. This is the typical radiation pattern, side lobules exist due to imperfections in reflector.

Some antennas for microwave communication are shielded for protection against weather and interference signals. 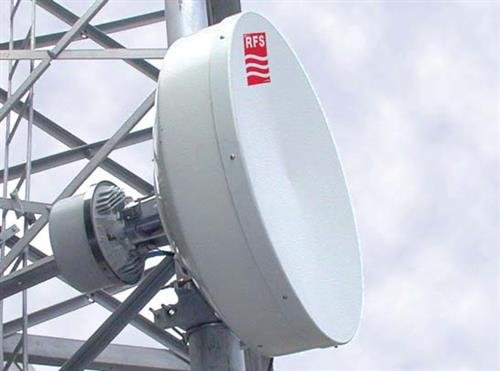 Some applications of parabolic reflecting antennas: 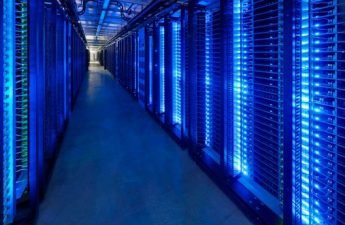