Quantum radar has been demonstrated in Institute of Science and Technology Austria. Uses entangled photons in microwave frequency.

Today that changes thanks to the work of Shabir Barzanjeh at the Institute of Science and Technology Austria and a few colleagues. This team has used entangled microwaves to create the world’s first quantum radar. Their device, which can detect objects at a distance using only a few photons, raises the prospect of stealthy radar systems that emit little detectable electromagnetic radiation.

The device is simple in essence. The researchers create pairs of entangled microwave photons using a superconducting device called a Josephson parametric converter. They beam the first photon, called the signal photon, toward the object of interest and listen for the reflection.

The schematics of microwave quantum radar. It’s came from the same source. 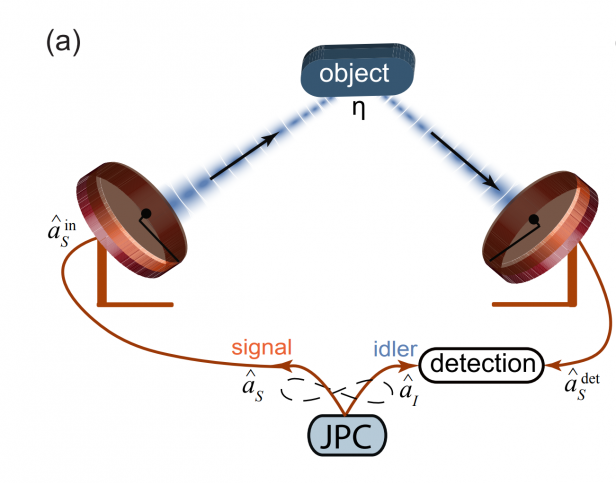 In the meantime, they store the second photon, called the idler photon. When the reflection arrives, it interferes with this idler photon, creating a signature that reveals how far the signal photon has traveled. Voilà—quantum radar!

This technique has some important advantages over conventional radar. Ordinary radar works in a similar way but fails at low power levels that involve small numbers of microwave photons. That’s because hot objects in the environment emit microwaves of their own.

In a room temperature environment, this amounts to a background of around 1,000 microwave photons at any instant, and these overwhelm the returning echo. This is why radar systems use powerful transmitters.

Entangled photons overcome this problem. The signal and idler photons are so similar that it is easy to filter out the effects of other photons. So it becomes straightforward to detect the signal photon when it returns.

Of course, entanglement is a fragile property of the quantum world, and the process of reflection destroys it.  Nevertheless, the correlation between the signal and idler photons is still strong enough to distinguish them from background noise. 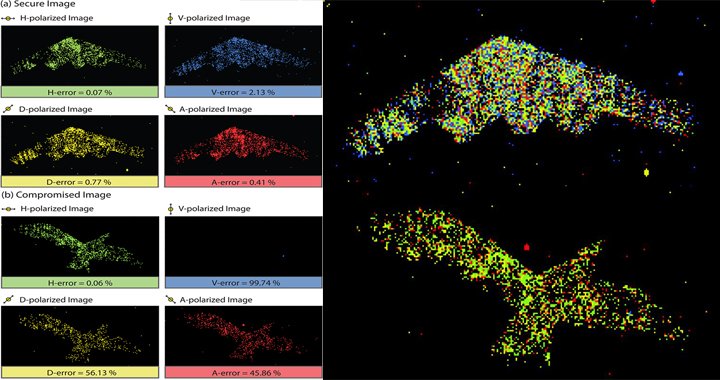