The solar tower is another way to use sunlight as heat source to produce steam and spin a turbine. Can produce electricity even during night.

Click in button below to know the operation of other thermal solar plants. 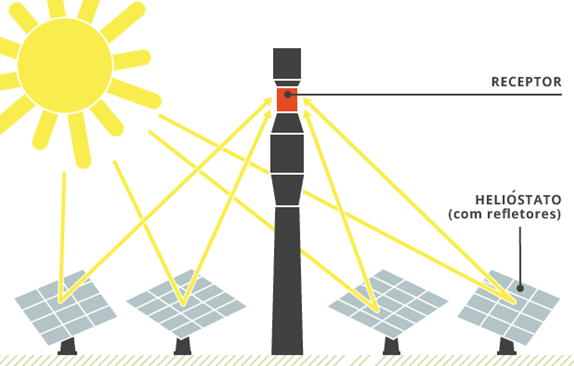 Heliostats have servomotors or stepper motors to be positioned in right angle. Reflecting the maximum of sunlight for entire day. 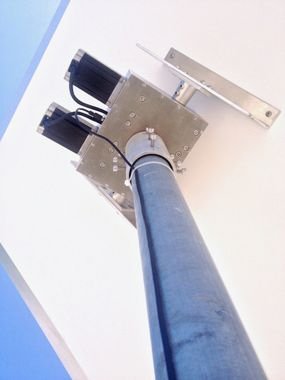 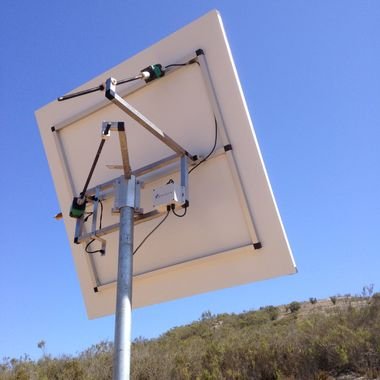 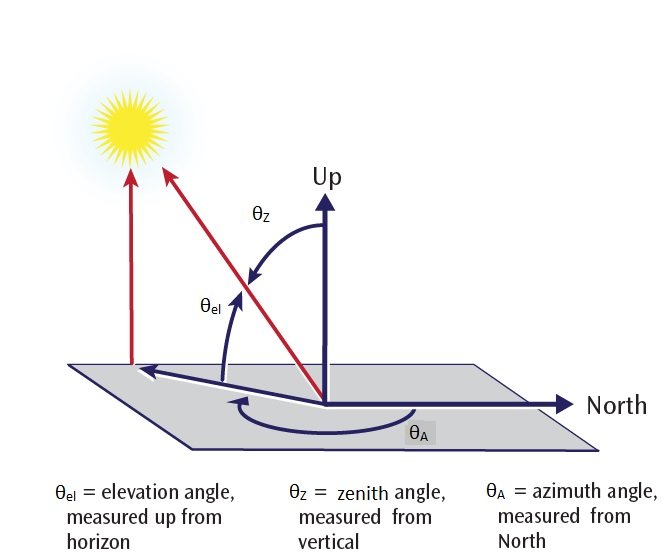 This is the equation to calculate elevation angle. Equation to calculate this angle, n is the day of year, goes from 1 to 365. 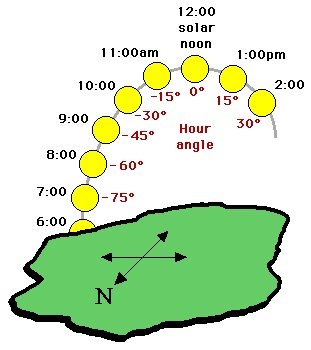 The hour angle is calculated as shown below. Where t is the local time in hours.

Knowing the coordinates of solar tower, positions of Sun and heliostat, are calculated the angles heliostats must have to direct light to receiver all day. Cameras and light sensors also are used to know Sun’s position.

Inside receiver, there is a heat exchanger, where occurs change of physical state from liquid to gas to turn a turbine. Liquid pumped up is water, liquid sodium or molten salt, whose composition is 60% sodium nitrate (NaNO_{3}) and 40% potassium nitrate (KNO_{3}). In receiver, temperature is between 500 and 1000ºC. 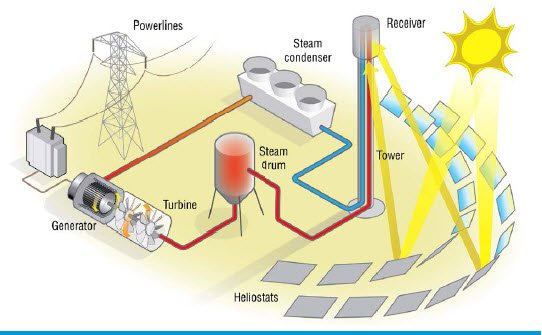 How this power plant can produce electric energy without Sun? If the chosen fluid is molten salt, can be stored in tanks with atmospheric pressure, keeping heat to keep turbine working in Sun’s absence. Salt is used to produce steam to turn the turbine. 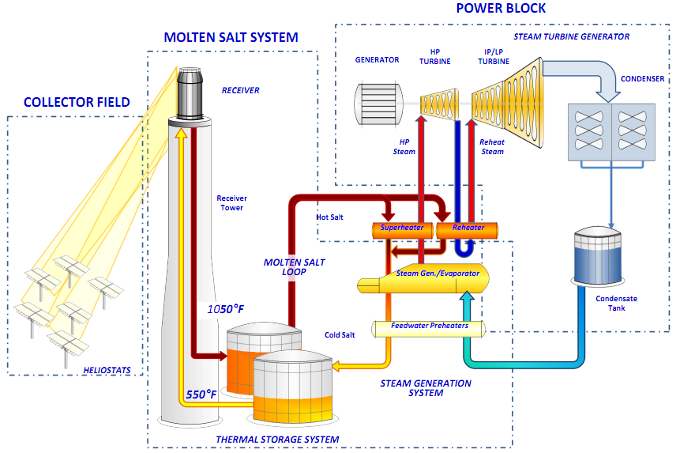 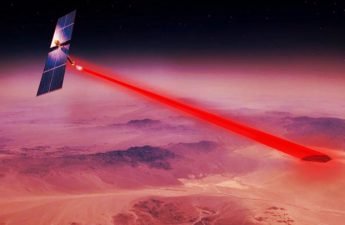 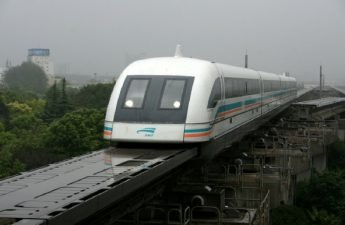 Maglev: How does it work? 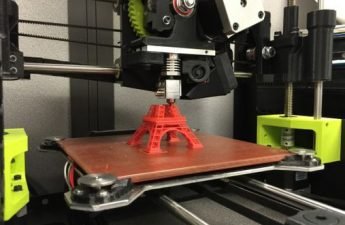