This post is the continuation of Cosmonautics Memorial Museum in Moscow. I will talk about what the other rooms have but isn’t everything the museum has.

To see the first part, click in this button. 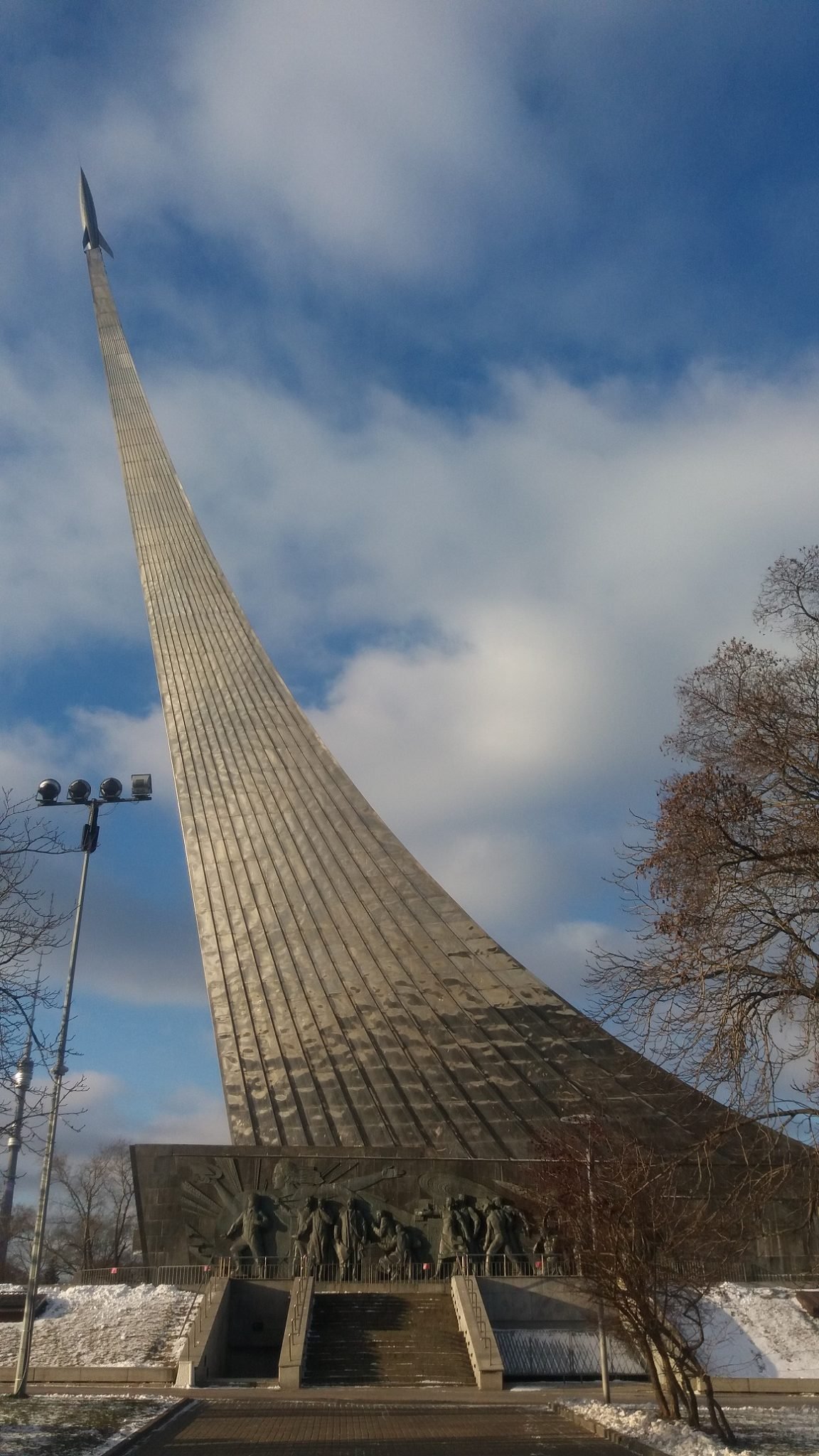 Here is model of Tsiolkovsky’s rocket project to interplanetary missions.

This is the Tsiolkovsky rocket equation, used in every space rocket project.

This is the first soviet experimental stratospheric rocket. Launched in August 15, 1937 and reached 3,000 meters.

Stations and other objects

The Cosmonautics Memorial Museum there is a big area with many stations and other very interesting things. This is the model of Almaz orbital station.

Docking of Soyuz-4 and Soyuz-5.

Space station Salyut-6 in 1:5 scale. Launched on September 29, 1977, and lasted 1765 days. Had two docking units and a hatch to activities outside in the space.

Experiments with plants in space to see the possibility to plant food.

Spacesuit Orlan-D to stay outside in space, weighed 73.5 kg.

How to get out the suit.

How was inside the Mir station.

Manipulator robot sent to the International Space Station (ISS) in 2004, with a metallic finger and two cameras. Part of Russian-german experiment to operate robots in space.

Area of satellites, probes and vehicles

The Cosmonautics Memorial Museum has another area with many satellites, vehicles, probes, and other objects. Here is the satellite from the Cospas-Sarsat system, which alerts disasters and helps in search and rescue.

A Glonass satellite, the russian GPS.

Spacesuit to operations in Moon’s surface and equipment to collect samples.

The Luna-16 probe and your return capsule which returned to Earth with samples from the Moon on September 24, 1970.

The descent capsule of Venera-4, separated from the probe between 20,000 km and 40,000 km of height and measured the temperature, density, and chemical composition of Venus’s atmosphere.

The descent capsule of Mars-3.

Venera-10 probe in 1:10 scale. Landed on Venus’s surface on October 25, 1975, and together with Venera-9 took panoramic pictures of the planet’s surface.

The spacecraft Bion-6 to bio-medical experiments and research. Launched on December 14, 1983.

The Interkosmos-1 satellite to study X-rays and ultraviolet radiation from the Sun and your influence on Earth`s atmosphere.

The Cosmonautics Memorial Museum also shows rockets from Russia and other countries. This is the first supersonic ballistic cruise missile, the Burya in a 1:20 scale.

Model of Baikonur launch base, in Kazakhstan, in 1:72 scale.

Model of Kourou launch base, in French Guiana, in 1:72 scale.

Rocket Saturn V, which took the astronauts to the Moon in 1:18 scale.

Launch rockets Vostok and Proton respectively, both in 1:10 scale.