This is the second part of quantum computing. Will be explained the quantum effects which difficult the construction of a quantum computer.

To see the first part, click in the button below.

It happens because in quantum mechanics, particles have dual behavior, sometimes act like wave, sometimes like particle. Below we have the uncertainty equation. h is the Plank constant (6,626 \cdot 10^{-34}J \cdot s), \Delta x_i is the variation of position and \Delta p_i is the variation of linear momentum. The linear momentum pi is the speed multiplied by particle’s mass.

Although can’t measure the position and speed of particles, it is possible to to define the energy of orbitals, which are areas with a probability to find the particle. This figure shows orbitals of an electron from a hydrogen atom, lighter areas show greater probability to find the electron. The d3 orbital has more energy and the s1 has less energy. 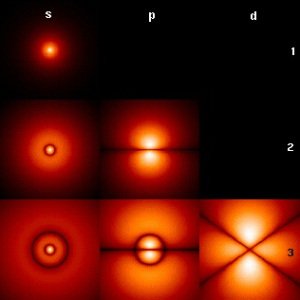 It is also possible to measure the spin of particles, therefore, the information must be stored in energy or spin. 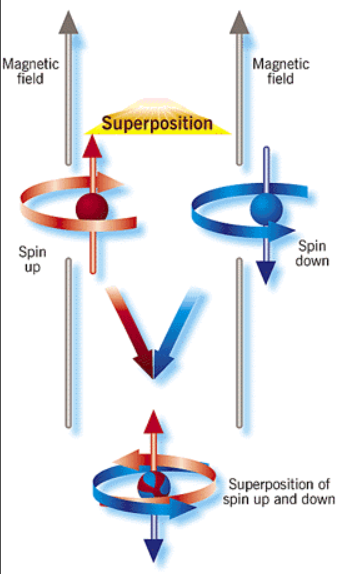 The loss of superposition is called decoherence. The quantum computers need error corrector methods to compensate the decoherence and spread the information to many spins. The qubits need structures and topologies more resistant to noise.