In the last post about energy, was explained the operation of OTEC technology. Today are shown other types of power plants, which are variations of open and closed cycles.

It is recommended to read “Oceanic thermal energy conversion (OTEC)” post before continue in this article.

In this cycle, the fluid which turns the turbine is a mix a water and ammonia, this composition allows increase of thermal efficiency. Ammonia concentration changes according with cycle’s stage. 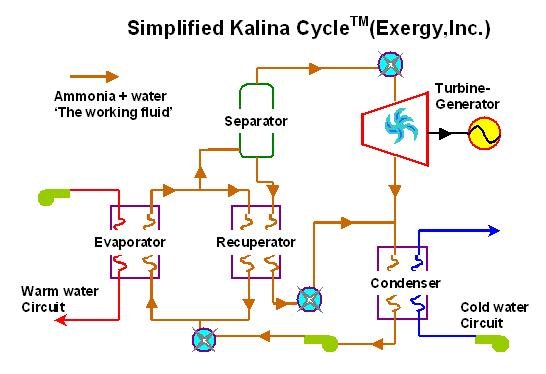 When gets out of turbine, fluido has a concentration of 70% ammonia. Has show phase diagram, with this ammonia concentration, cold water temperature must be very low to fluid condensation (transition to liquid state). 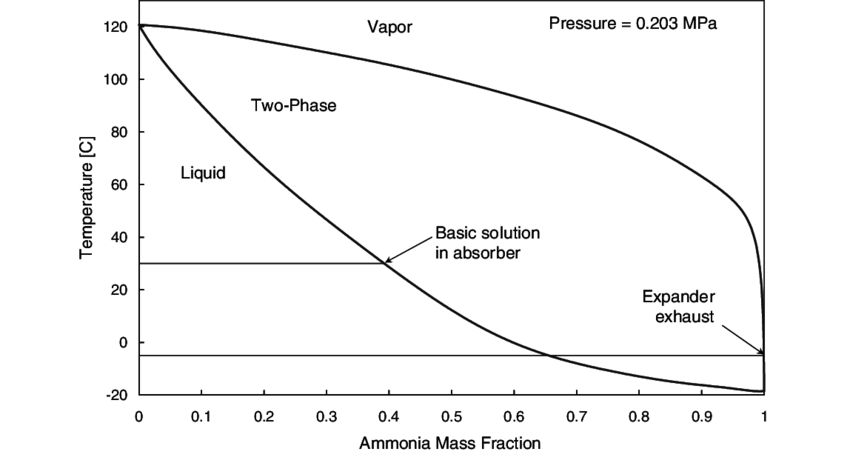 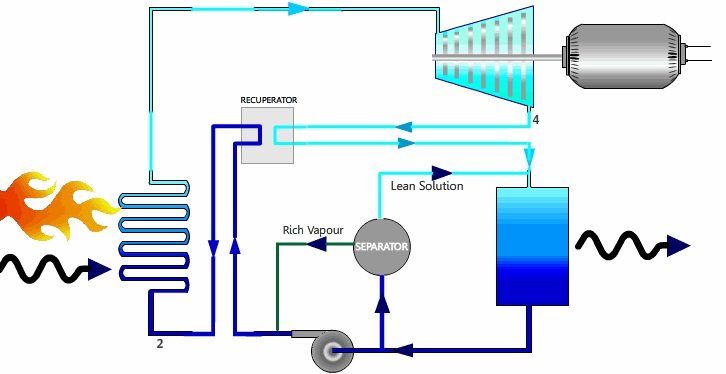 The recuperator is a heat exchanger, has function to transfer heat from point 4 to point 2, increasing efficiency of OTEC power plant. Since temperature in point 4 is higher than in point 2. These graphics show thermal cycles of Kalina (right) and Rankine (left) cycles. Closed cycle power plant shown in post “Oceanic thermal energy conversion (OTEC)” is Rankine type.

Also uses mix of water and ammonia. Has a separator which sends water-ammonia vapor to turbines and aqueous ammonia goes to regenerator and diffuser. Part of vapor which turns the turbine go to heater, increasing temperature of fluid going to evaporator. Has two turbines to make greater use of vapor. 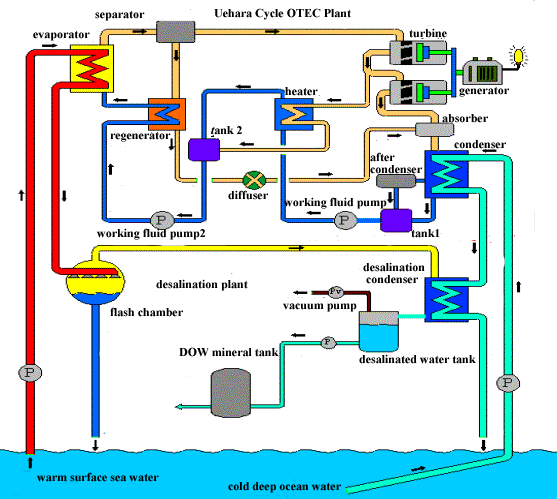 The absorber has function to remove heat absorbing part of vapor to condensation. After condensation, liquid goes to heating stages to be evaporated again and continue the cycle.

This process has been proposed in the 1970s. Instead of use a low pressure steam turbine, uses a hydraulic turbine. Hot water enters in a duct and pass through flash evaporation, steam water is mixed with sprayed cold water to produce a mist, steam carrying water droplets. Mist goes upwards to top of structure due to pressure difference and goes to a duct where it is discharged. 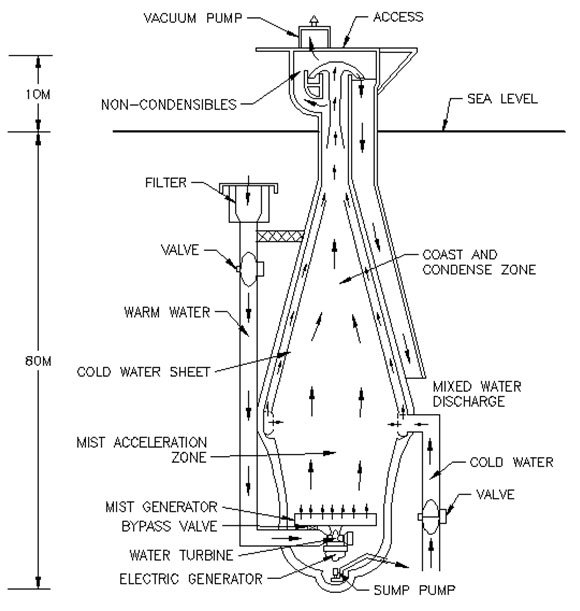 Water turbine which moves the generator stays in structure`s below part.

In this process, instead of mist it is created a foam, water with steam bubbles, to elevate water to sea level.