Synchronous generators are used in many types of power plants to convert mechanical energy of turbines in electrical energy.

Synchronous generators also are called alternators. In an electrically excited synchronous generator (EESG), rotor’s winding is supplied by a DC power source, generating a magnetic field. When rotor rotates, a senoidal alternate voltage is induced in each stator’s winding. This is the principle of electromagnetic induction, have already been explained in the post “How a hydro power plant works?“.

The value of induced voltage E_{A} in winding A of stator is:

Being that V is amplitude voltage, \omega is angular speed and t is time. While voltages in B and C phases respectively are.

Formula of synchronous speed of rotating magnetic speed Ns in rpm (rotations per minute). f is frequency in Hz and P is number of poles.

Between rotor and stator, there is a space called air gap. The slots are where wires are placed.

All alternator’s windings must have a core made made of silicon steel sheets separated by insulating films. The material is to increase intensity of magnetic flux and it is laminate to reduce loss for parasite currents. Around the cores, wires made of copper are wired. Stator wires are linked in star or delta. These links will be explained in a future post. 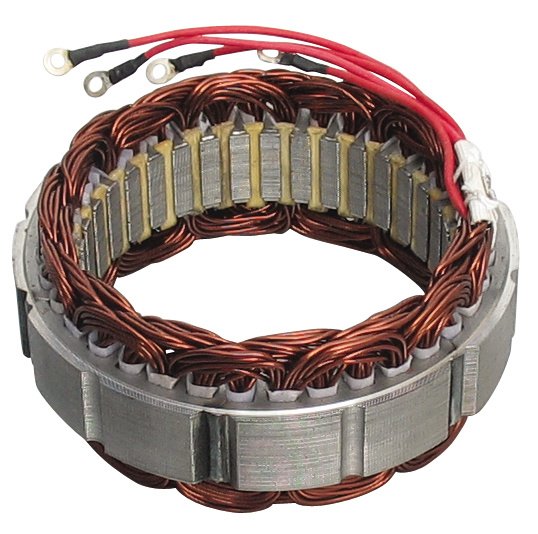 The EESG has slip rings, where rotor receives DC voltage through graphite brushes. 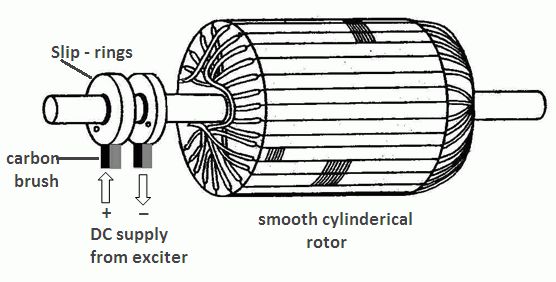 Some synchronous generators have permanent magnets made of neodymium alloy instead of windings. Are used to generate energy in wind turbines. 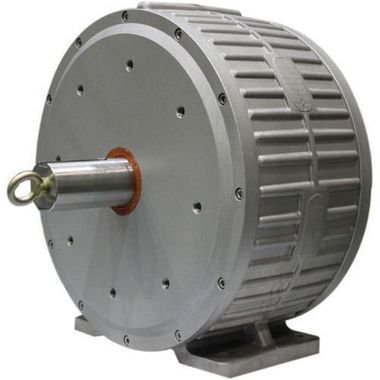 To avoid overheating, generator’s armor have openings to air circulation and a fan linked to axis for cooling. 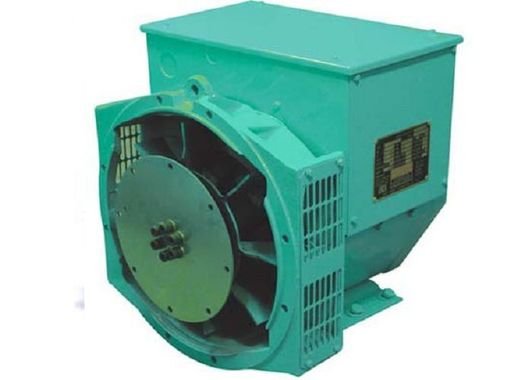 Rotor for synchronous generators can be one of two types. Orange circles are slots where copper wires are positioned.

In the next post of energy area, I will show ways to supply rotor’s wires.