This post’s subject are the 5 discontinuities of Earth’s interior which demarcate borders between inner layers. 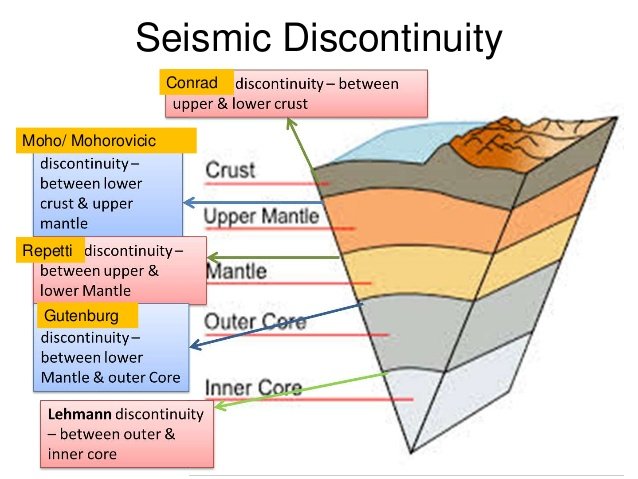 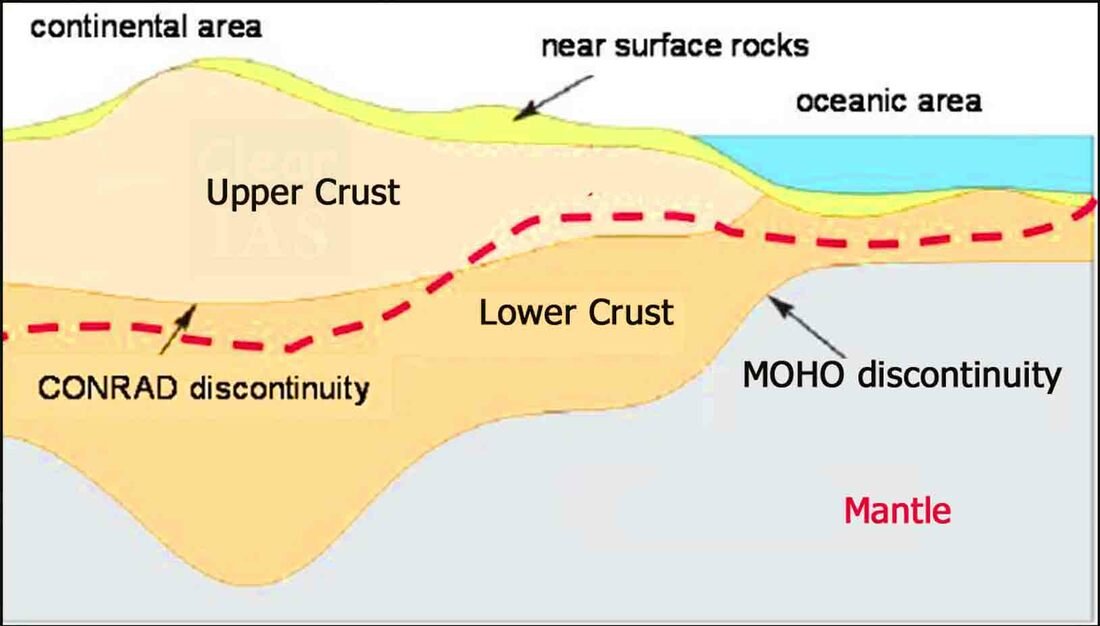 Conrad discontinuity is only found on continents. SIMA layer, or oceanic crust, also are in the deep sea.

Mohorovičić discontinuity or Moho is between crust and upper mantle. 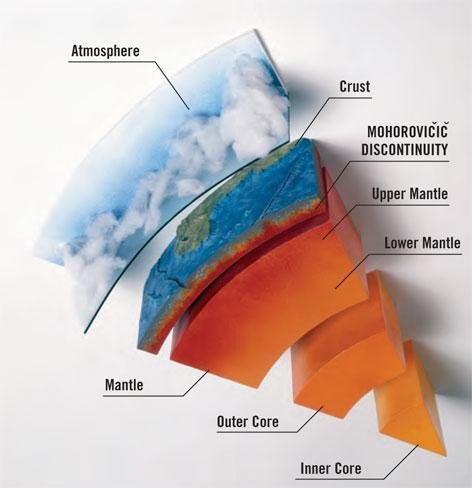 How Moho was discovered? An earthquake produces seismic waves, are vibratory movements of rock particles which spread through surface and Earth’s interior. Waves which spread inside Earth are two types: P-waves, primaries, longitudinal and pressure types and S-waves, secondary, transverse and torsional types.

In October 8, 1909, there was an earthquake close to Zagreb, Croatia. Croatian seismologist Andrija Mohorovičić realized that until 200 km from earthquake’s epicenter, direct P-waves were the first to be detected by seismic station. However, above 200 km, deep P-waves arrived first. 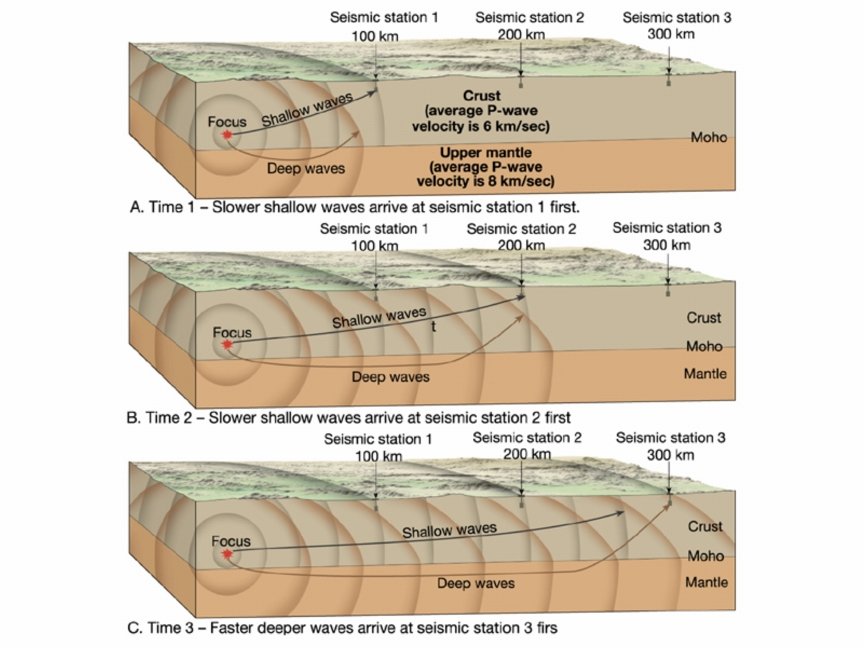 These are the equations to calculate speed of primary and secondary waves (V_{p} and V_{s}) respectively.

Just like the light, seismic wave changes direction and speed when passes through a medium to another. 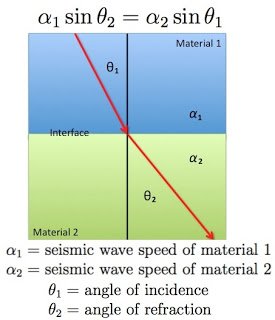 Divides mantle in upper and lower, it is approximately between 660 and 700 km deep. Passing through this discontinuity, seismic waves increase it’s speed. As explained in post about tectonic plates, lower mantle is hotter and liquefied while upper is cooler and pasty.

It is between mantle and external core at 2900 km deep, was discovered in 1914. S-waves can’t pass through core because it is liquid. P-waves don’t appear in shadow zone (between 105º and 140º) due to refraction. 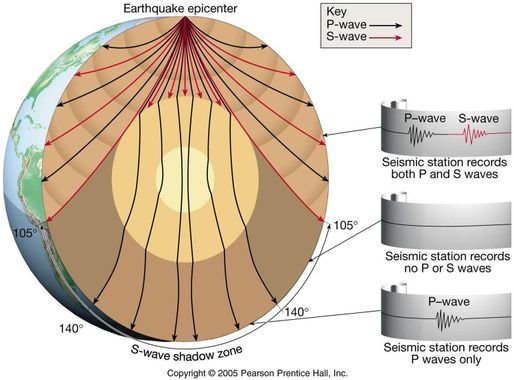 Some models claim the existence of a D layer with 200 km thick between mantle and Gutenberg discontinuity.

It is at 5150 km deep, separates external and internal core. P-waves increase speed in internal core region, suggesting it is solid. 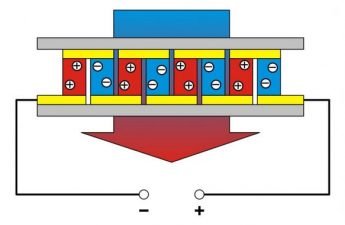