Richard Browning, British inventor and daredevil often described as “real-life Iron Man” by the media, has broken his own speed record while flying in his jet engine-equipped suit.

The feat, completed at the Brighton Pier in England on Thursday, earned Browning an entry in the Guinness Book of World Records as “the fastest speed in a body-controlled jet engine powered suit (wind-guided).”

In this flying suit, each arm has two small gas turbines. If were 3 turbines in each arm, would be too heavy. For other side, one in each arm isn’t enough for take off. Also has one more turbine in the back to increase stability. Fuel for turbines is diesel or kerosene. 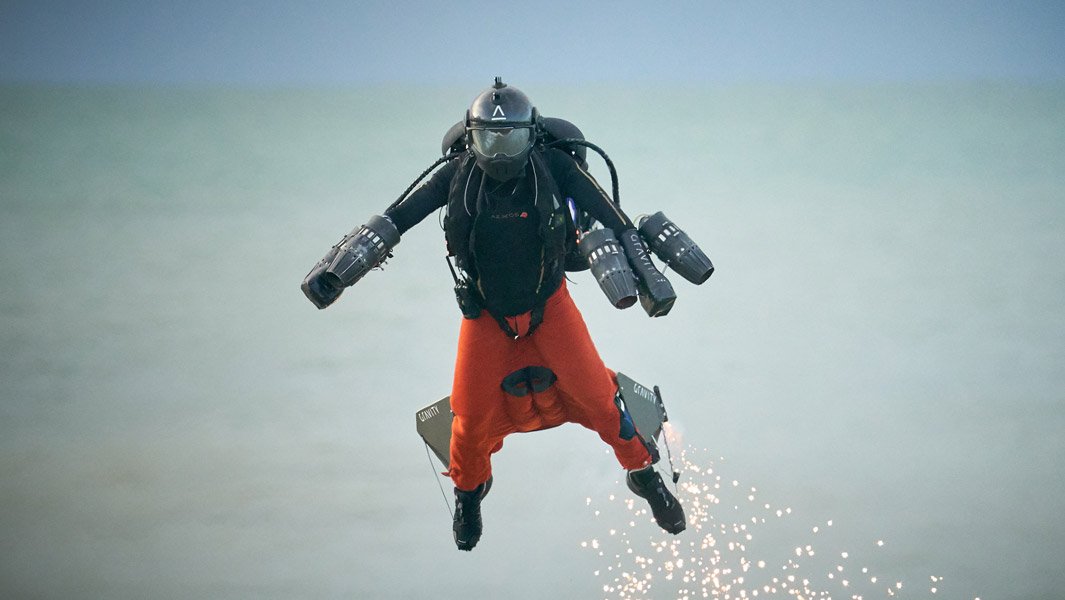 The helmet has display set which are shown in lens, indicates speed, fuel quantity and state of turbines.

Browning has been flying the jet suit for over two years, and he told Guinness World Records that it’s now “entirely 3D printed, lighter, stronger, and much smarter.”

Earlier this year, Browning flew a record distance of 1.4 kilometers (0.8 miles) in his suit, from the south coast of England to the Isle of Wright. And as for the suit’s speed, he claimed at a 2017 event that it can fly as fast as 321 kilometers per hour (200 miles per hour).

This is the flight’s video to Isle of Wright. Browning is founder and CEO of Gravity Industries. The wing in back offers a lift force.