The accelerometer is present in every smartphone, tablet, and portable videogames. In this post, are shown the operation and how to use a module with Arduino.

How does the accelerometer work?

It’s a MEMS (Microelectromechanical system), to learn more about this system, click on the links below.

Inside the chip, there’s a mobile mass attached to micrometric springs, and the mass’s motion is converted to electric signals. Can detect inclination angle and static or dynamic accelerations. Static acceleration produces produce a constant force on the body, like gravity. While dynamic acceleration isn’t uniform, for example, vibrations and motion change.

In this type, the mobile mass has conductive tips that form a capacitance with stationary tips. When there’s an acceleration, the mobile part moves, and C1 and C2 capacitances change value.

When mechanical pressure is exerted on a piezoelectric material, the latter produces a potential difference.

The piezoelectric effect is reversible. A direct current can stretch or compress the material, depending on the direction. While the alternate current makes the material vibrate. The most used piezoelectric materials are quartz and PZT (lead zirconate titanate).

In the piezoelectric accelerometer, the motion of the mass attached to a spring exerts pressure on a piezoelectric disk and it transmits electric signals to be processed for measurement.

Proof mass’s motion exerts force over a piezoresistive material, the latter changes electrical resistance that is measured by a strain gauge. It’s an instrument with a Wheatstone bridge that measures material’s deformation.

Other types of accelerometers will be subject to another post.

Where else are accelerometers used?

ADXL345 is a 3-axis capacitive accelerometer with 13 bits resolution and low power. Can measure between ±2g and ±16g. g is the Earth’s gravity acceleration, whose value is 9,81 m/s², and detects changes in inclination angle lower than 1º. This chip was manufactured by Analog Devices.

More information about the chip is in the datasheet.

Example of a demonstration project

The ADXL345 is connected to an Arduino Uno board with an I²C internet protocol. This will be subject to another post.

To simplify the code, download two libraries shown in the video.

In the program below, the first 3 lines are libraries that must be included. The Wire.h serves to make I²C communication.

It’s possible to use this accelerometer only with Wire.h library. However, it would have to use the registrators’ addresses, which need to be explained in a dedicated post. 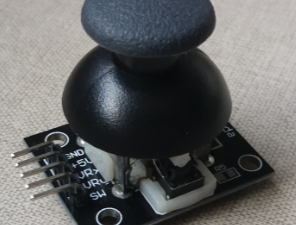 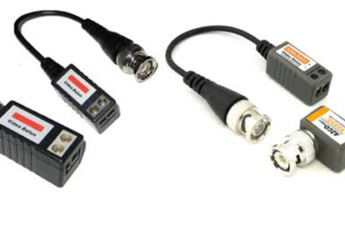