A superconductor based in hydrogen can theoretically work at 200ºC, but needs a very high pressure.

Scientists have calculated that a hydrogen-rich compound could conduct electricity without resistance at temperatures up to about 200° Celsius — well above the 100° C boiling point of water. If that prediction is confirmed experimentally, the material would stand in stark contrast to all other known superconductors, which must be cooled below room temperature to work.

All existing superconductors need to stay at very low temperatures, close to absolute zero to work. Because of that, have limited applications. A superconductor wire has zero resistance and would be excellent in electric energy transmission, because there wouldn`t have energy loss.

The newly predicted superconductor — a compound of hydrogen, magnesium and lithium — comes with its own complications, however. It must be squeezed to extremely high pressure, nearly 2.5 million times the pressure of Earth’s atmosphere, physicist Hanyu Liu and colleagues, of Jilin University in Changchun, China, report in the Aug. 30 Physical Review Letters.

If the new calculation is confirmed, the purported superconductor would smash Hemley and colleagues’ temperature record. “This is an important prediction using a level of theory that has proven quite accurate,” says Hemley, of the University of Illinois at Chicago, who was not involved in the research.

The theoretical superconductor has lithium atoms (green), magnesium (blue) and hydrogen (red), whose formula is Li_{2}MgH_{16}, according to sources. 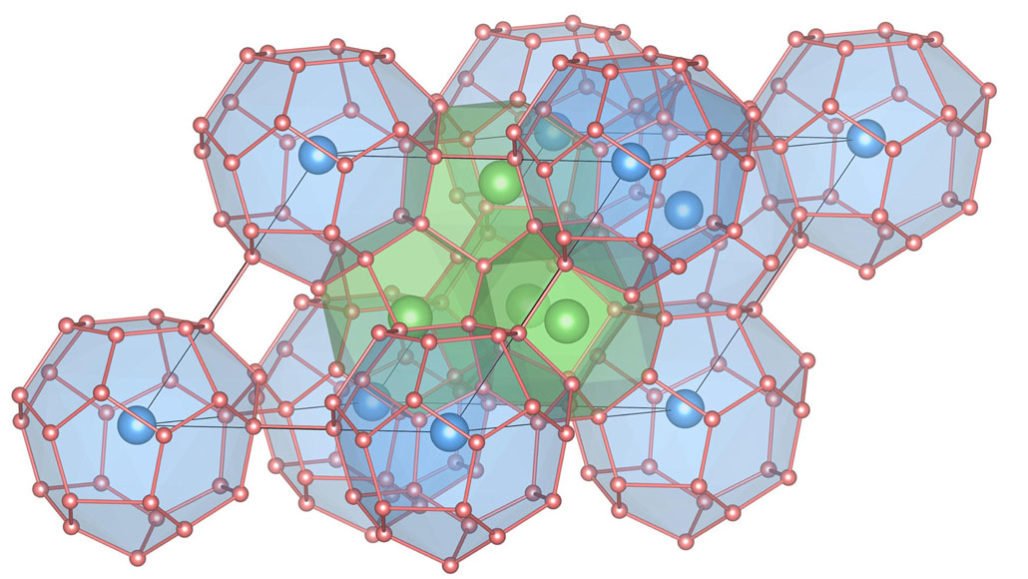 If this superconductor is created in practice, won`t have great changes. Because it will need a very high pressure, limiting applications.