Continuing the visit to CERN. This second and last part is about the permanent exhibition of Microcosm and the guided tour.

Right at entrance, there is a corridor which tells the formation of Universe, from Big Bang to present. 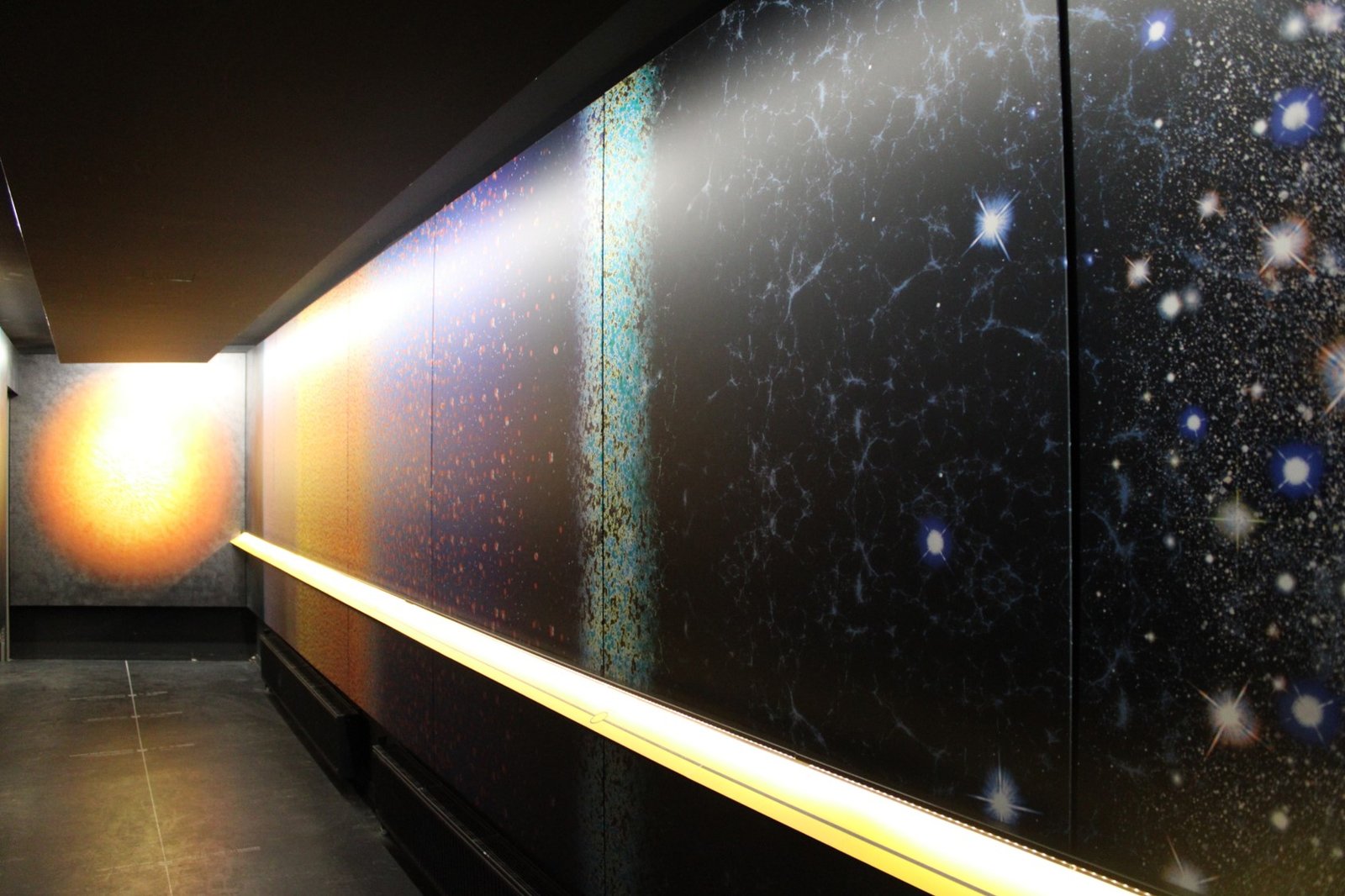 This is Microcosm’s first room. 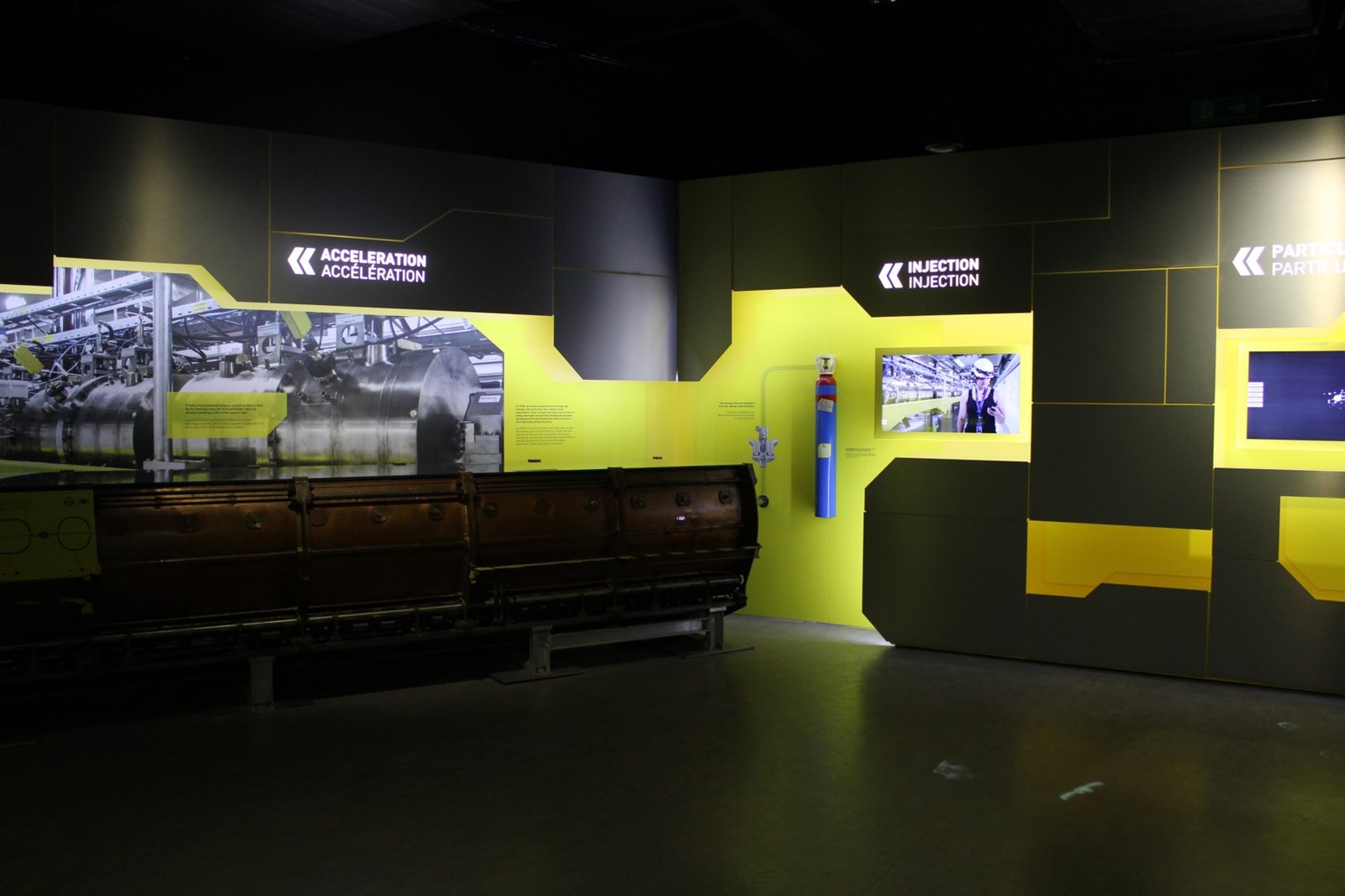 Before goes to LHC, proton enters in smaller accelerators. LINAC1, whose model is shown below, was used from 1958 to 1992. Actually, CERN uses LINAC3 and LINAC4. 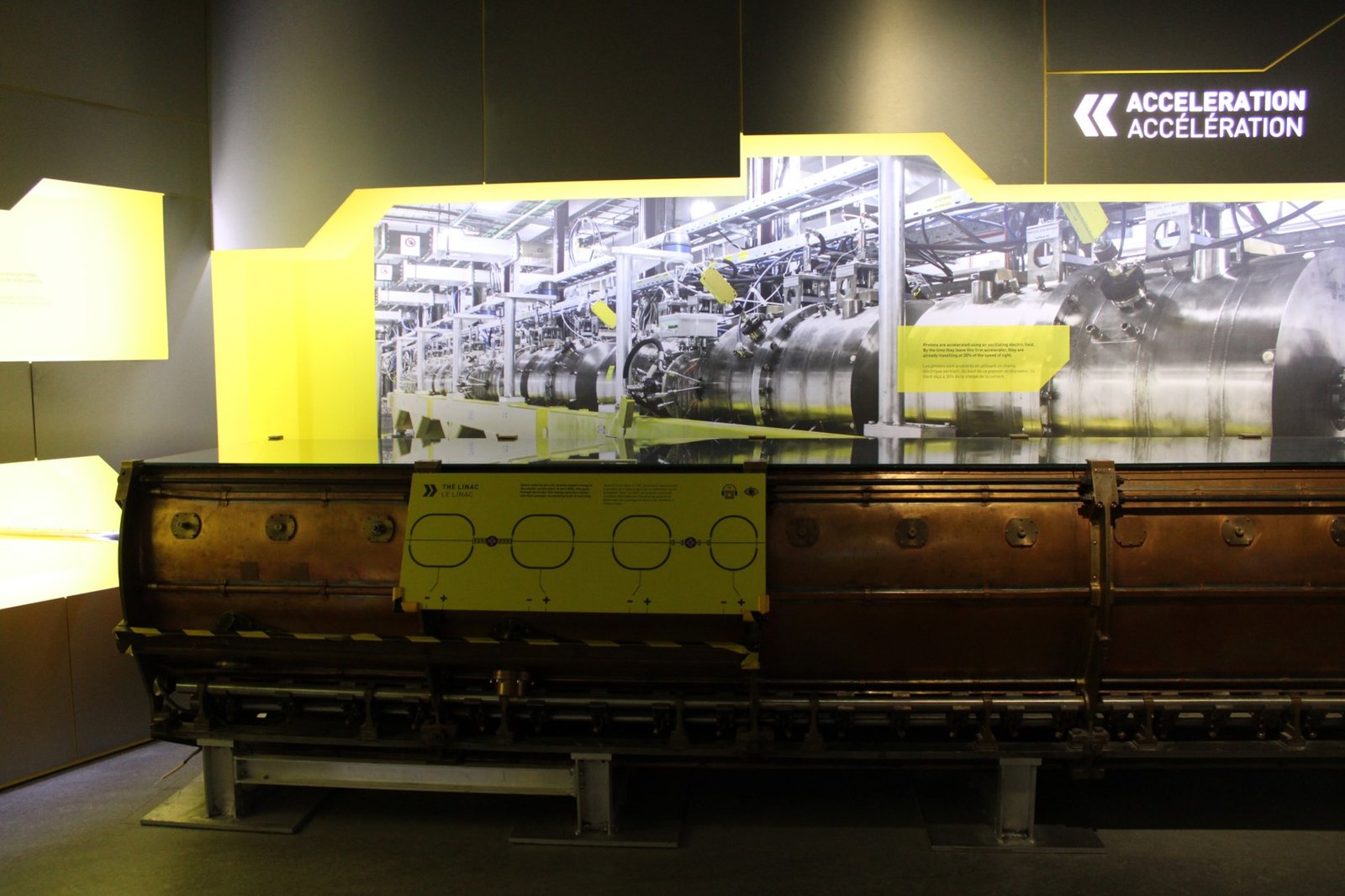 A hydrogen tank provides atoms. The device on left is called Duoplasmatron and remove electrons. 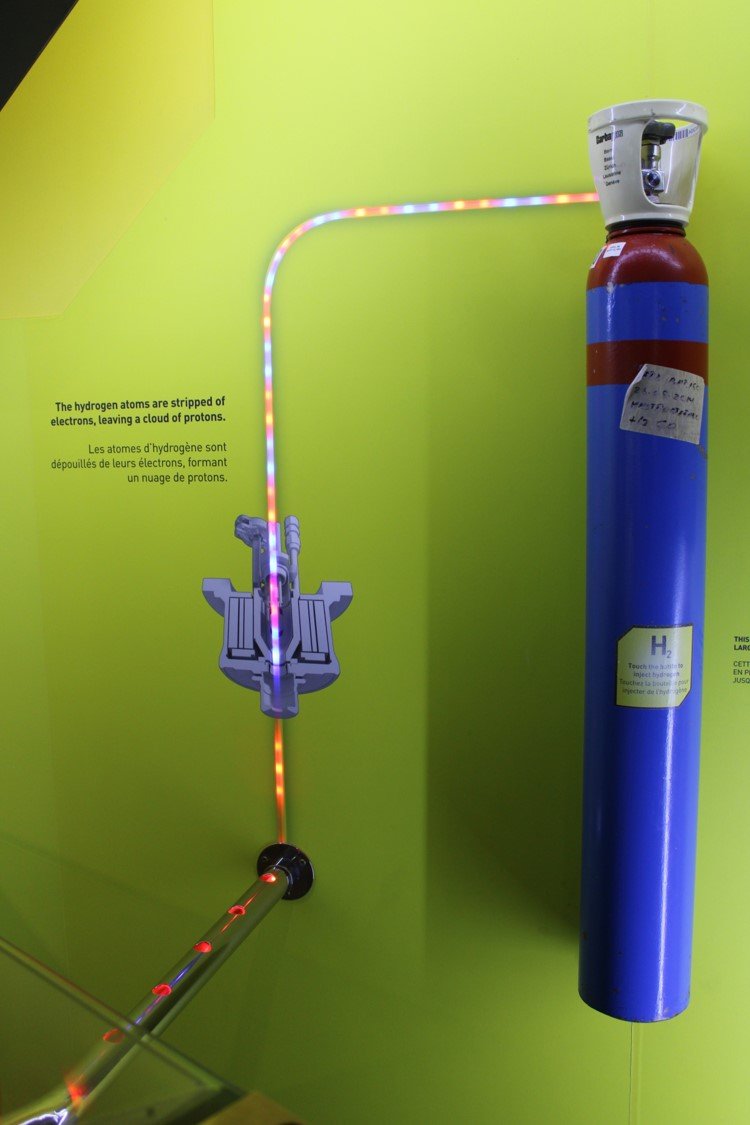 LINAC is a linear proton accelerator, each one of these cavities is a pair of electrodes supplied by alternate current, creating a oscillating electric field in radio frequency. 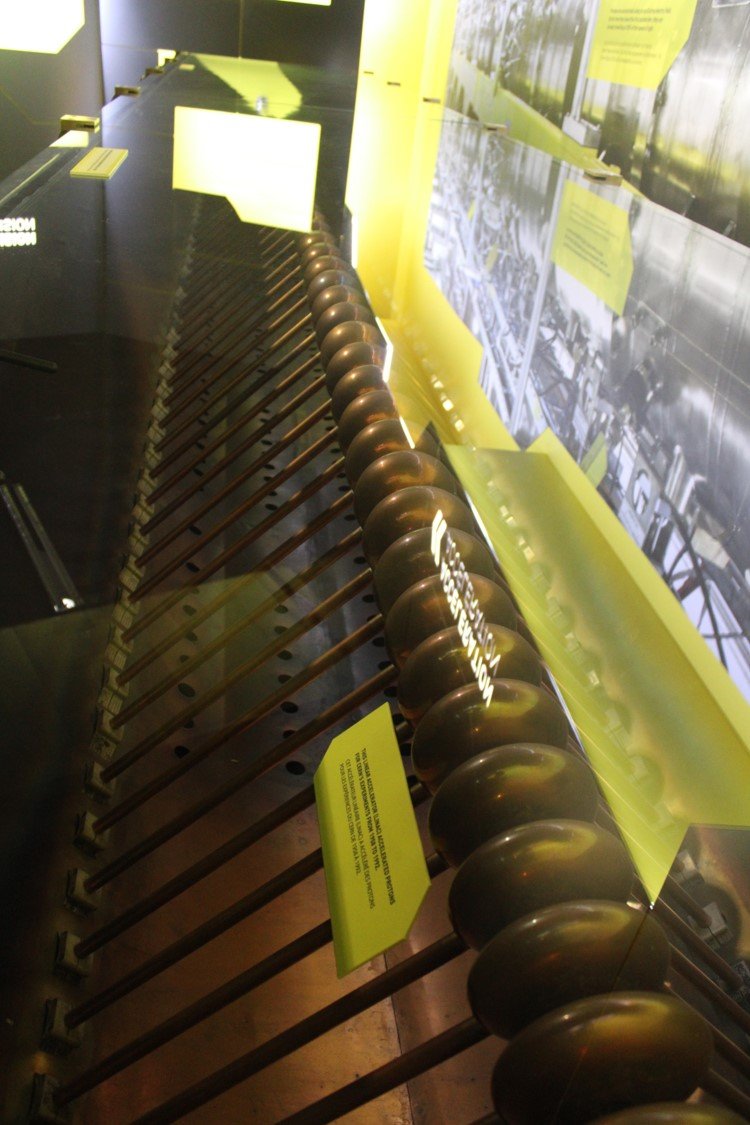 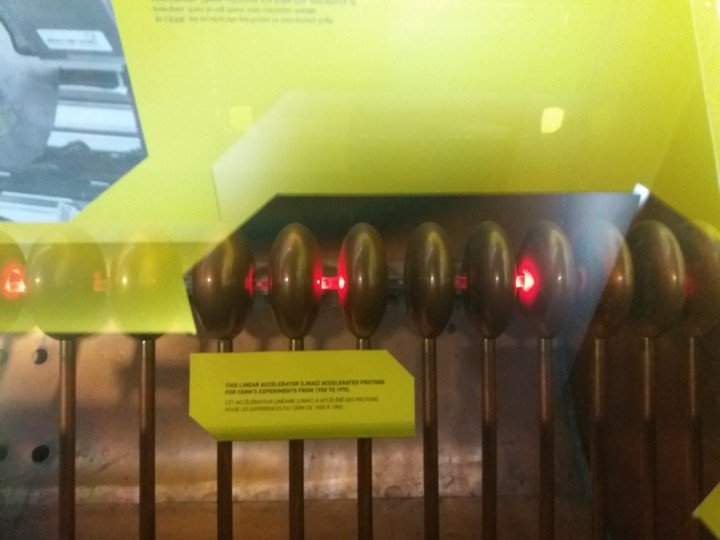 Before enters LHC, proton beam pass through a network of smaller accelerators, like SPS (smaller circle), gaining energy each turn to finally enters in LHC to collide with other protons, producing many subatomic particles. 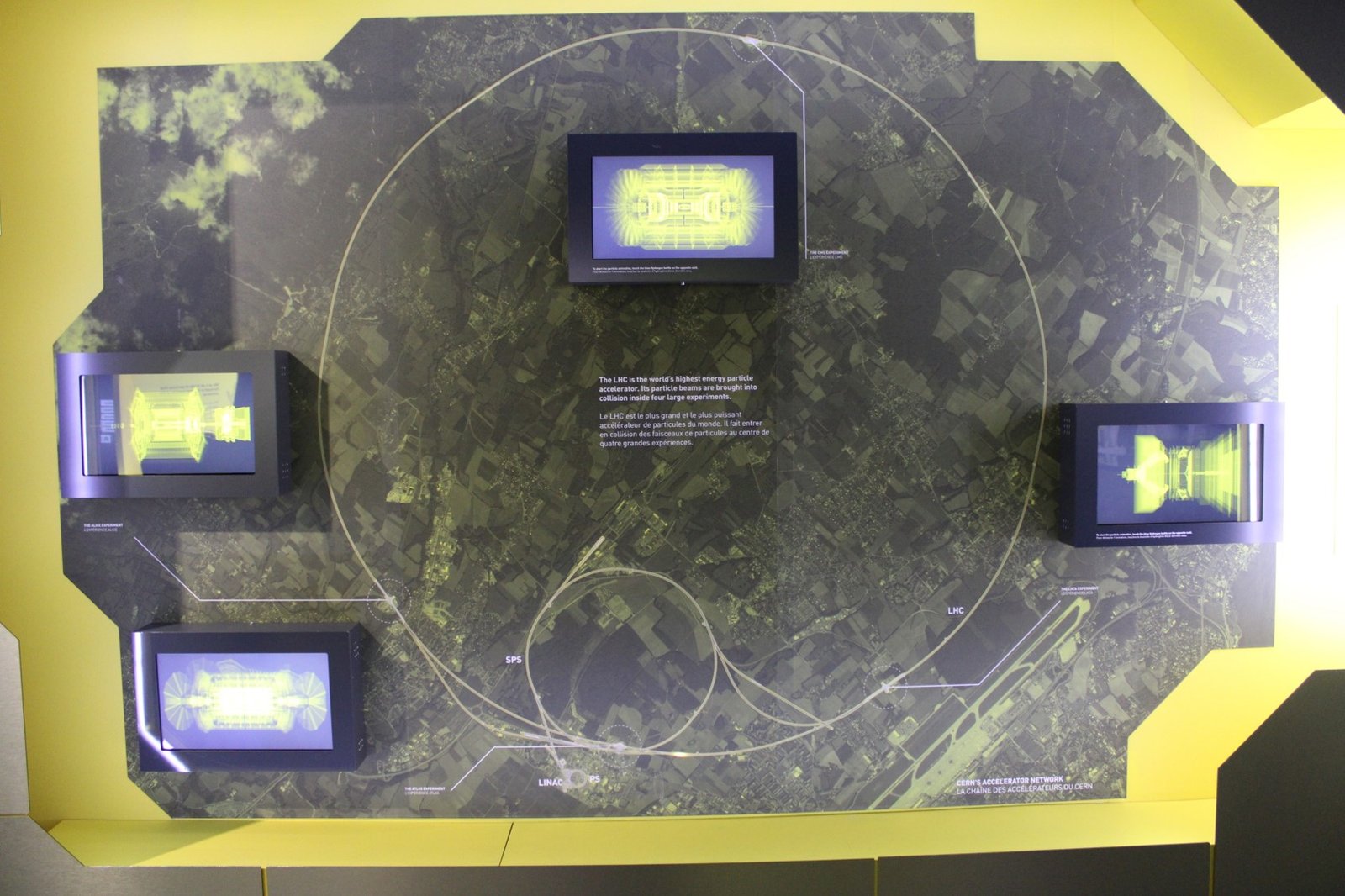 This touchscreen explain many physics concepts. 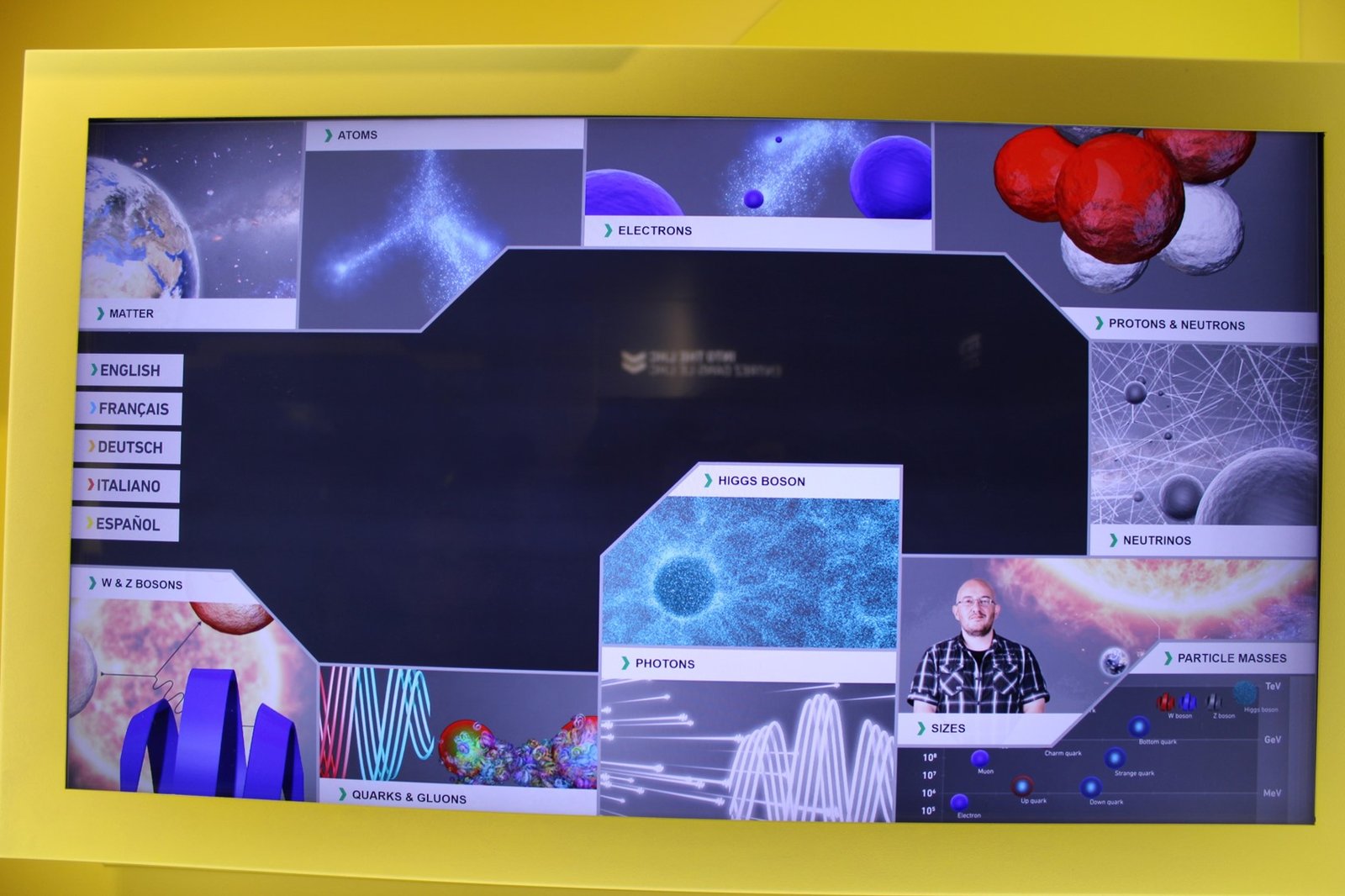 This is a cloud chamber, or Wilson chamber. These traces aren’t a simulation, are left by real particles from space, called cosmic rays. Many of these particles pass through our bodies all the time, no matter where we are. Radiation sources also left traces in cloud chamber. 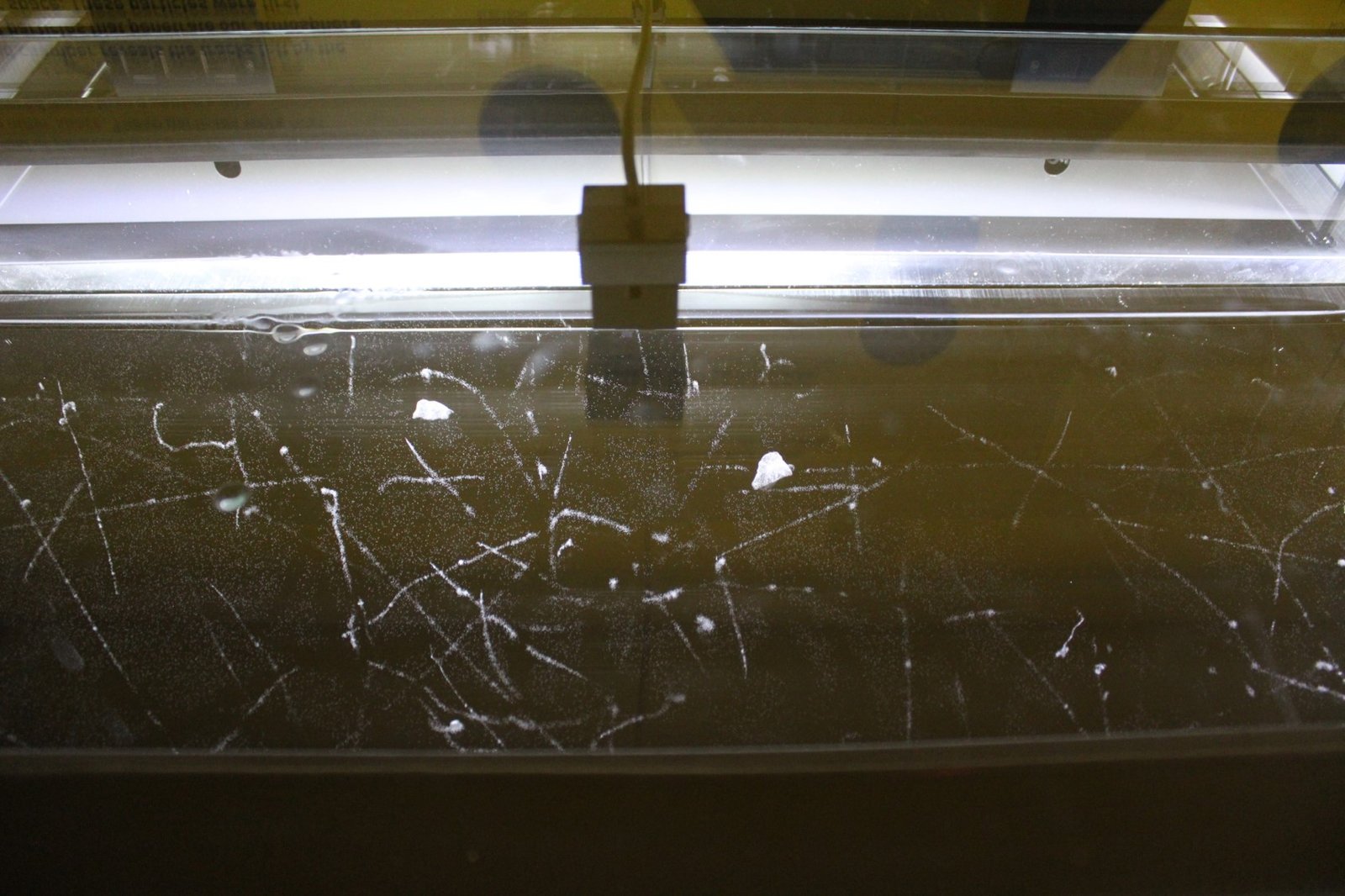 Showing parts of inside the LHC tube. In this game, you controls a proton which travels through LHC with joystick. 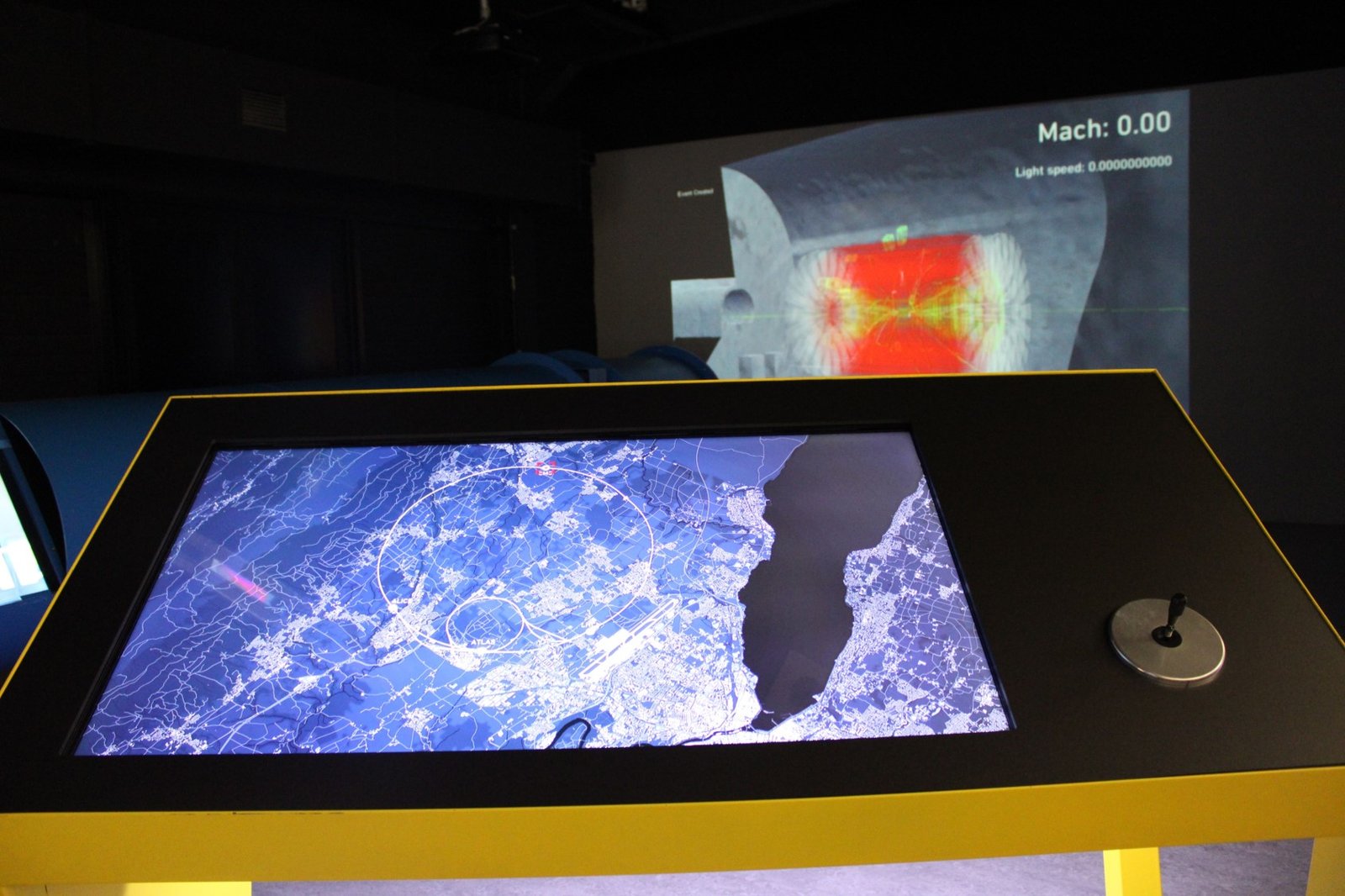 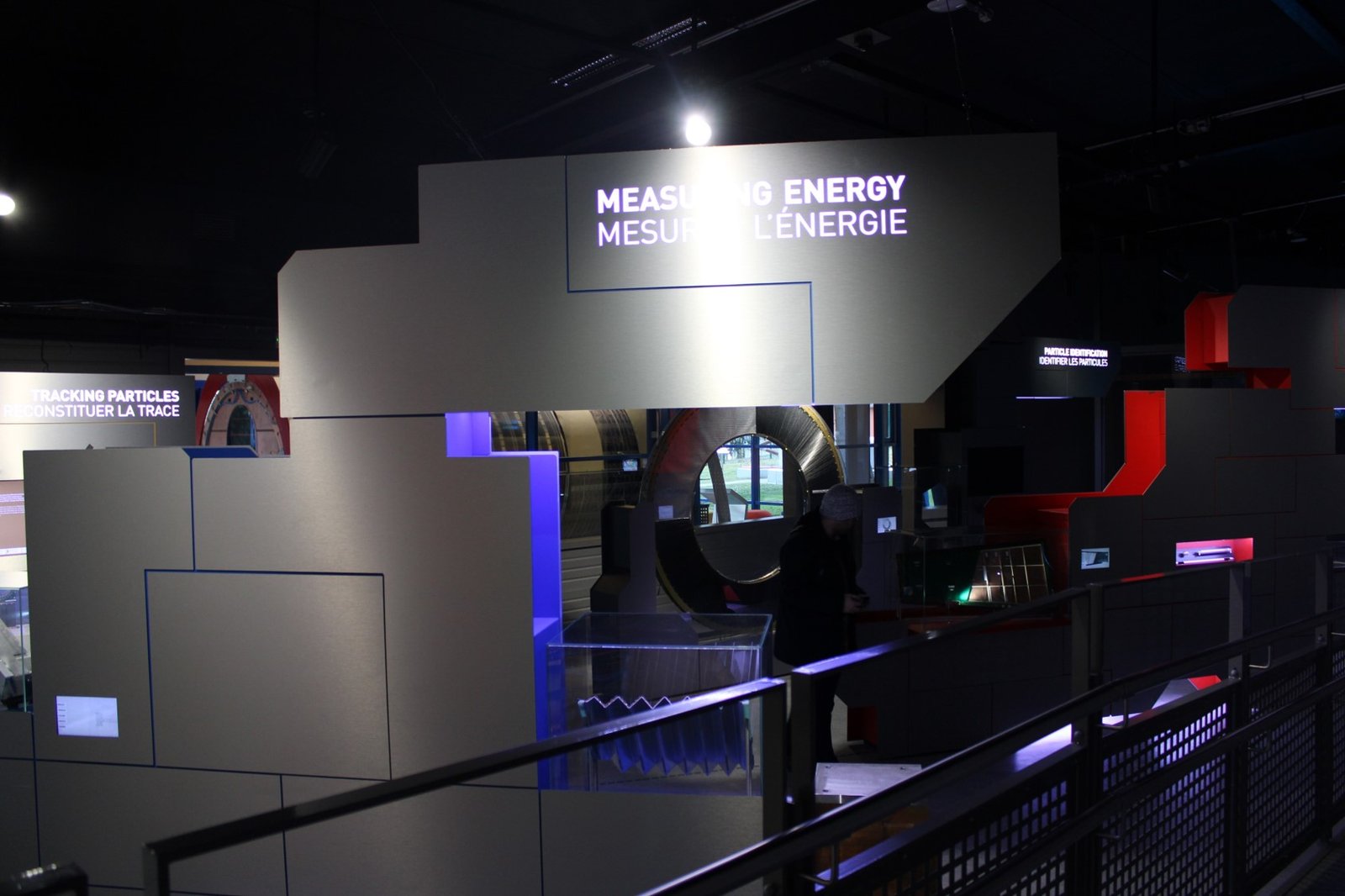 A photo of CMS (Compact Muon Solenoid), one of 4 LHC experiments. Collision point in center can’t be directly measured. CMS was built in layers, each particle left a different signature in internal detectors. External layers (around the circle) are muon detectors, are the only particles which can pass through internal layer without being stopped. This is a CMS gas electron multiplier. 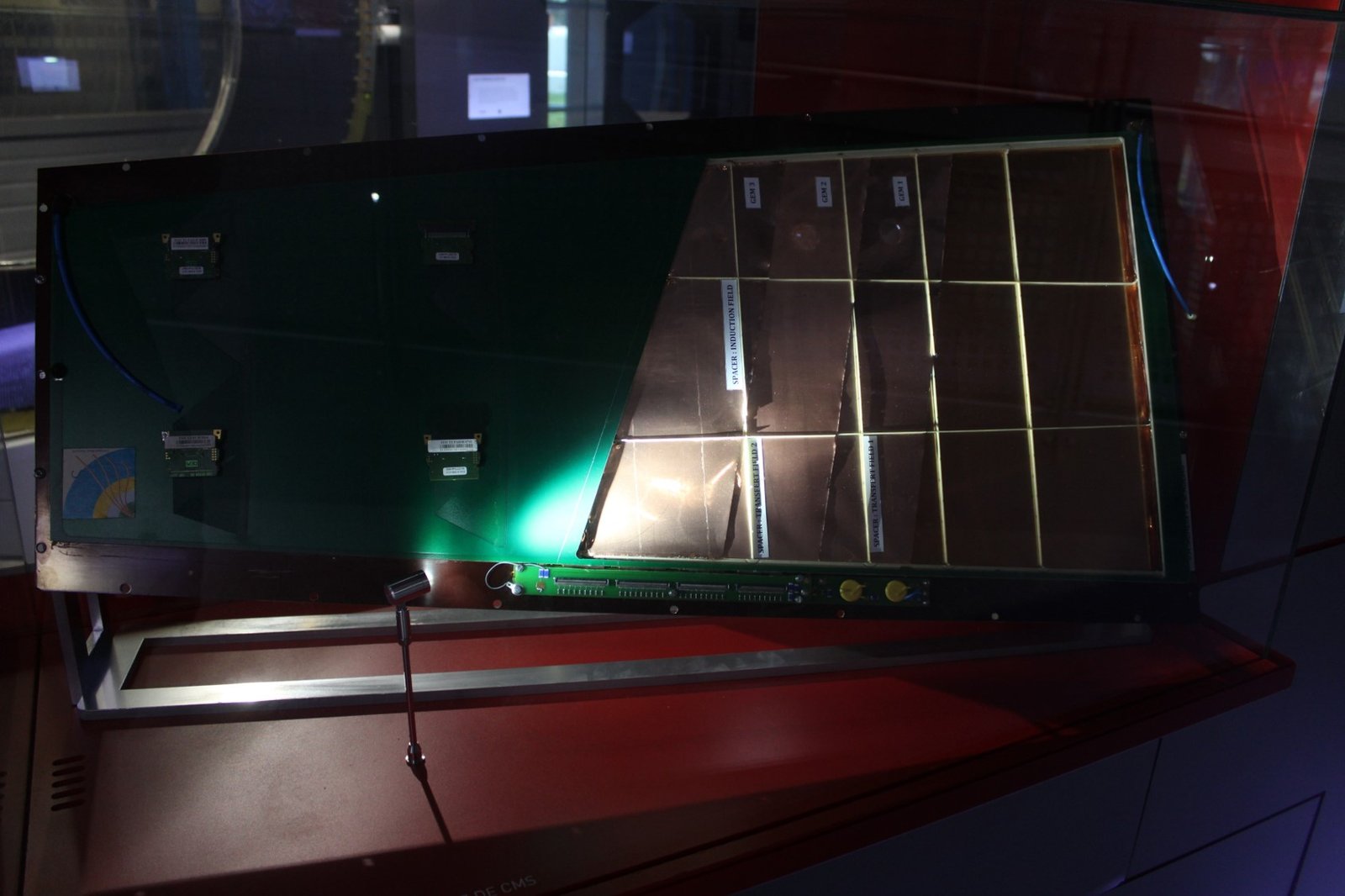 The Atlas straw tube prototype with 300,000 small tubes has a gas mixture, with a wire inside and an electric field between wire and tube’s outer wall. Particles collide with gas atoms, knocking out electrons. 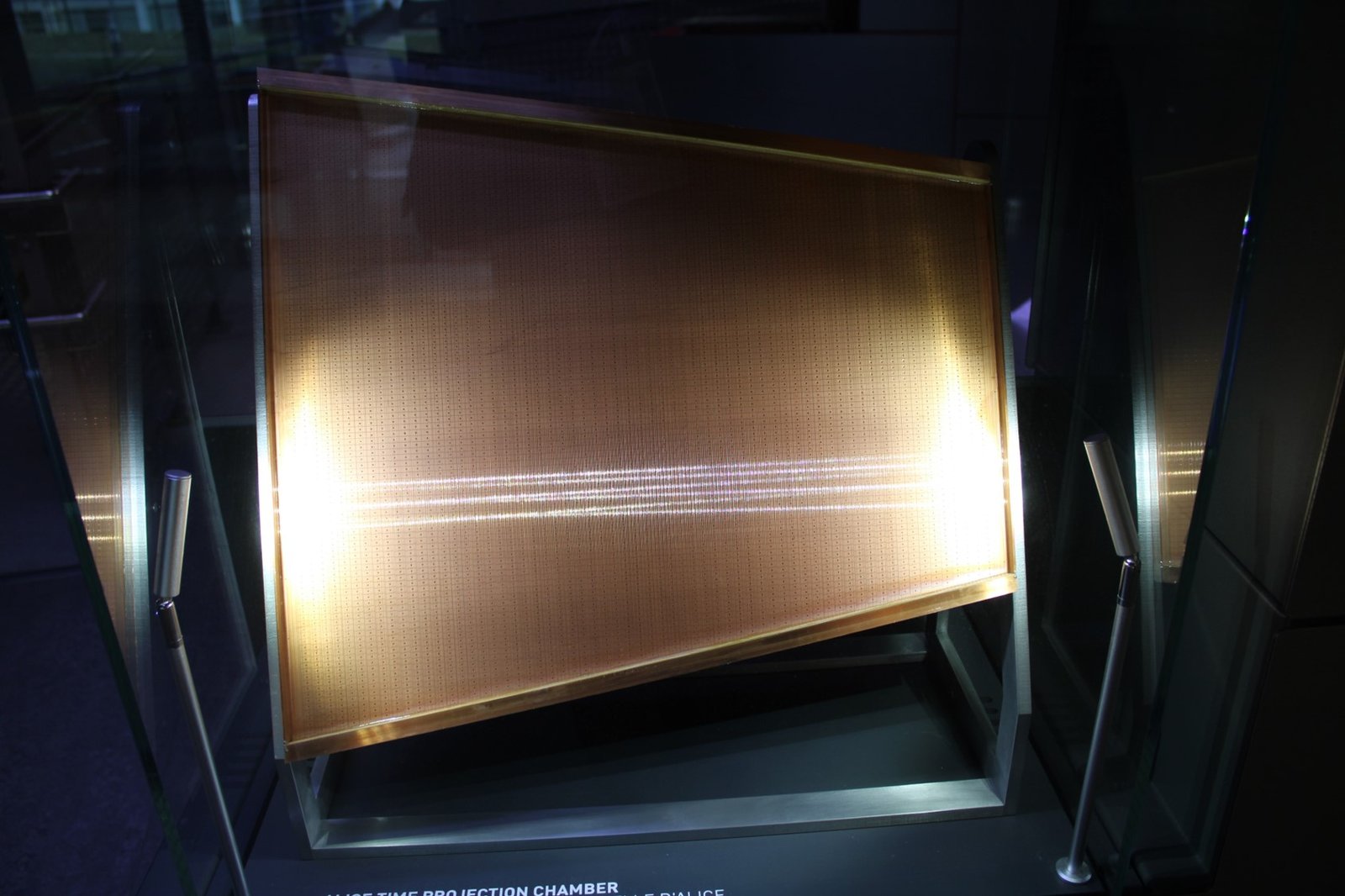 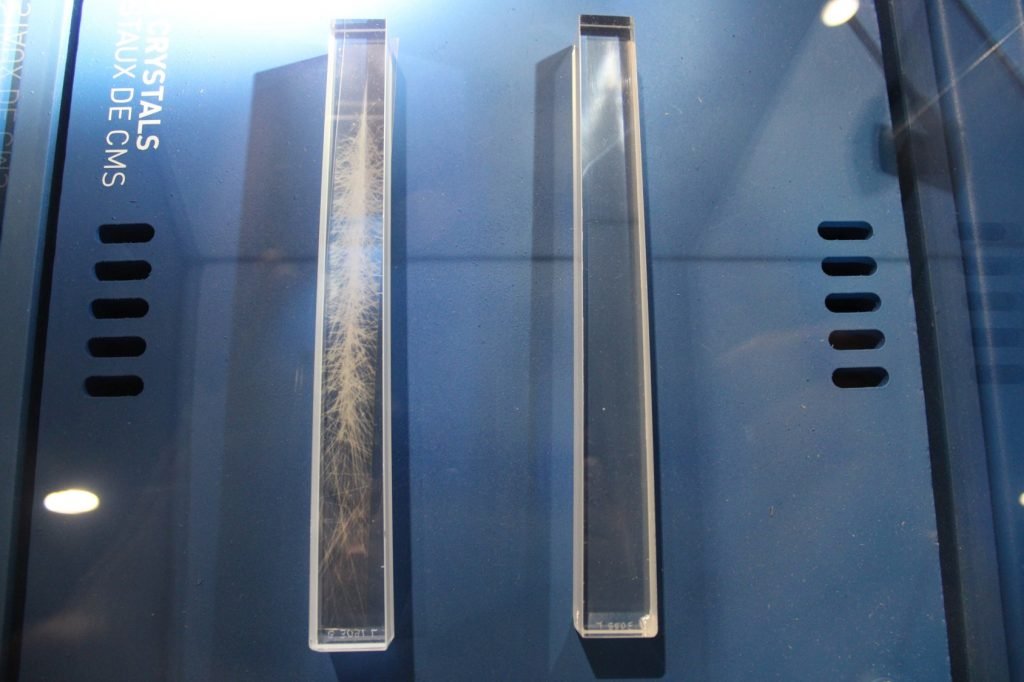 An Atlas solenoid magnet, it identifies if particles have positive or negative charge. 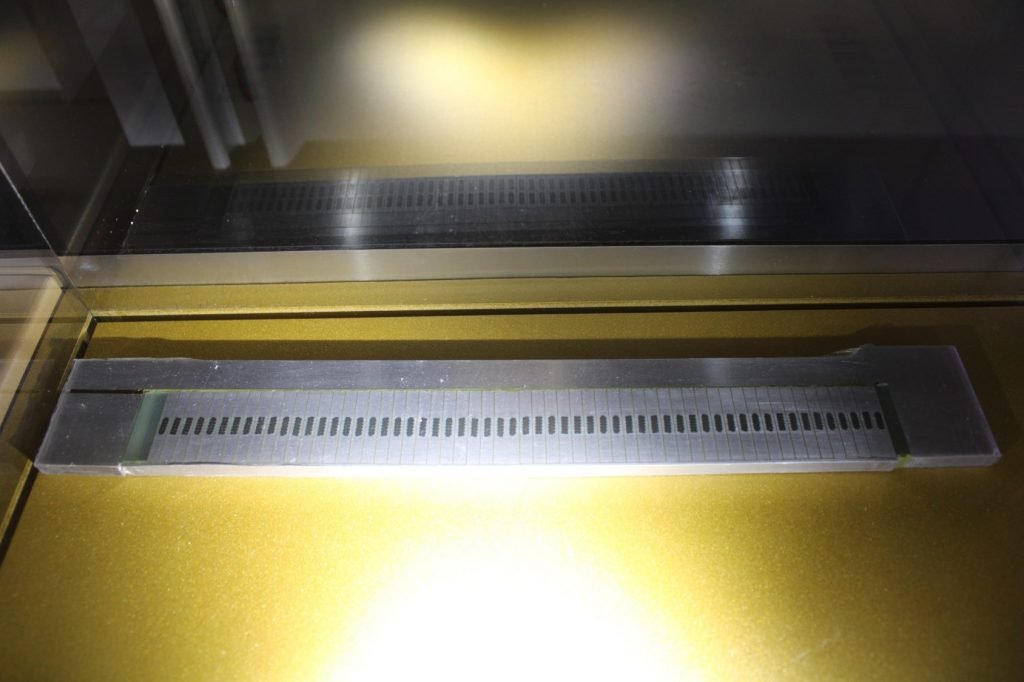 Silicon strip detector of Atlas. The sensors closest to collision are made of silicon. 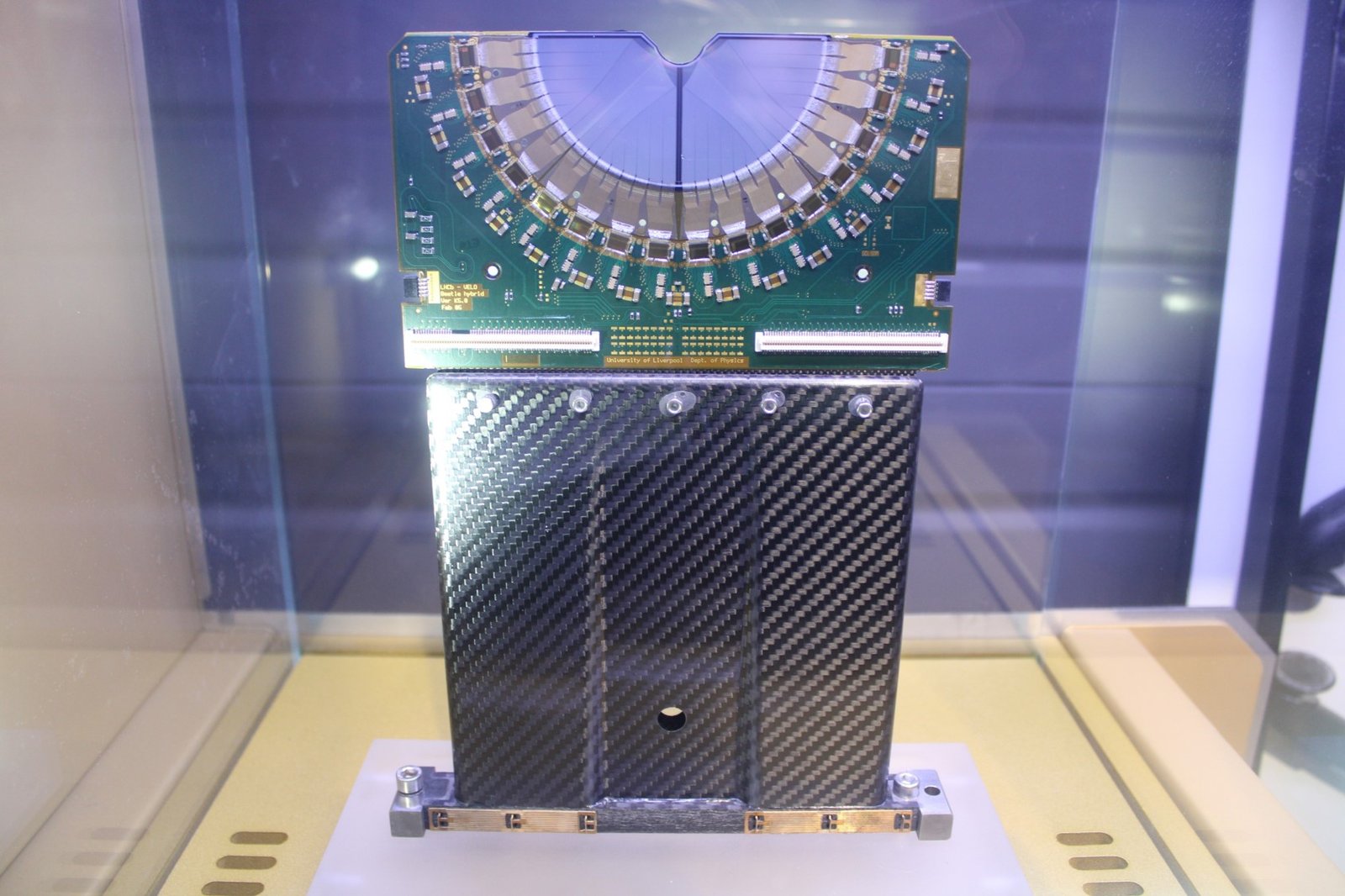 All measures and registers of CERN accelerators and experiments need to be stored in a physical media. All the information were stored in tapes like these, each one has capacity for 1 Terabyte of data and 30 minutes of LHC collisions. 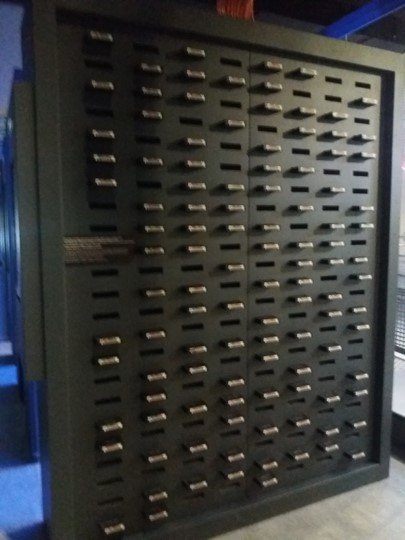 I purchased one of these tapes in souvenir shop. 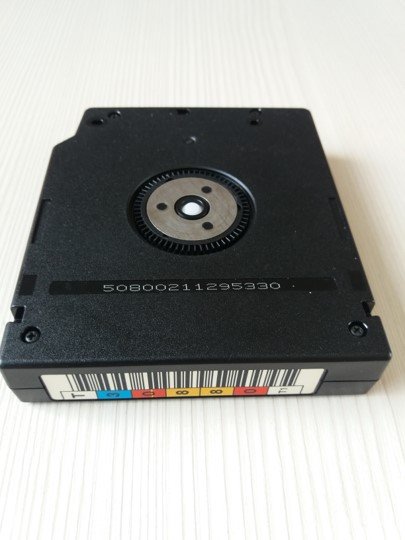 When I booked guided tour, I imagined visit parts of LHC. Instead, comes a CERN scientist to make a PowerPoint presentation and then guided tour to Microcosm. Don’t need guides to this permanent exhibition. In my opinion, guided tour was below expected. Don’t expect to enter in any LHC or any other accelerator installation when go to CERN.

At least, me and my group entered in a room and we saw the first CERN particle accelerator, the 600 MeV Synchrocyclotron (SC). 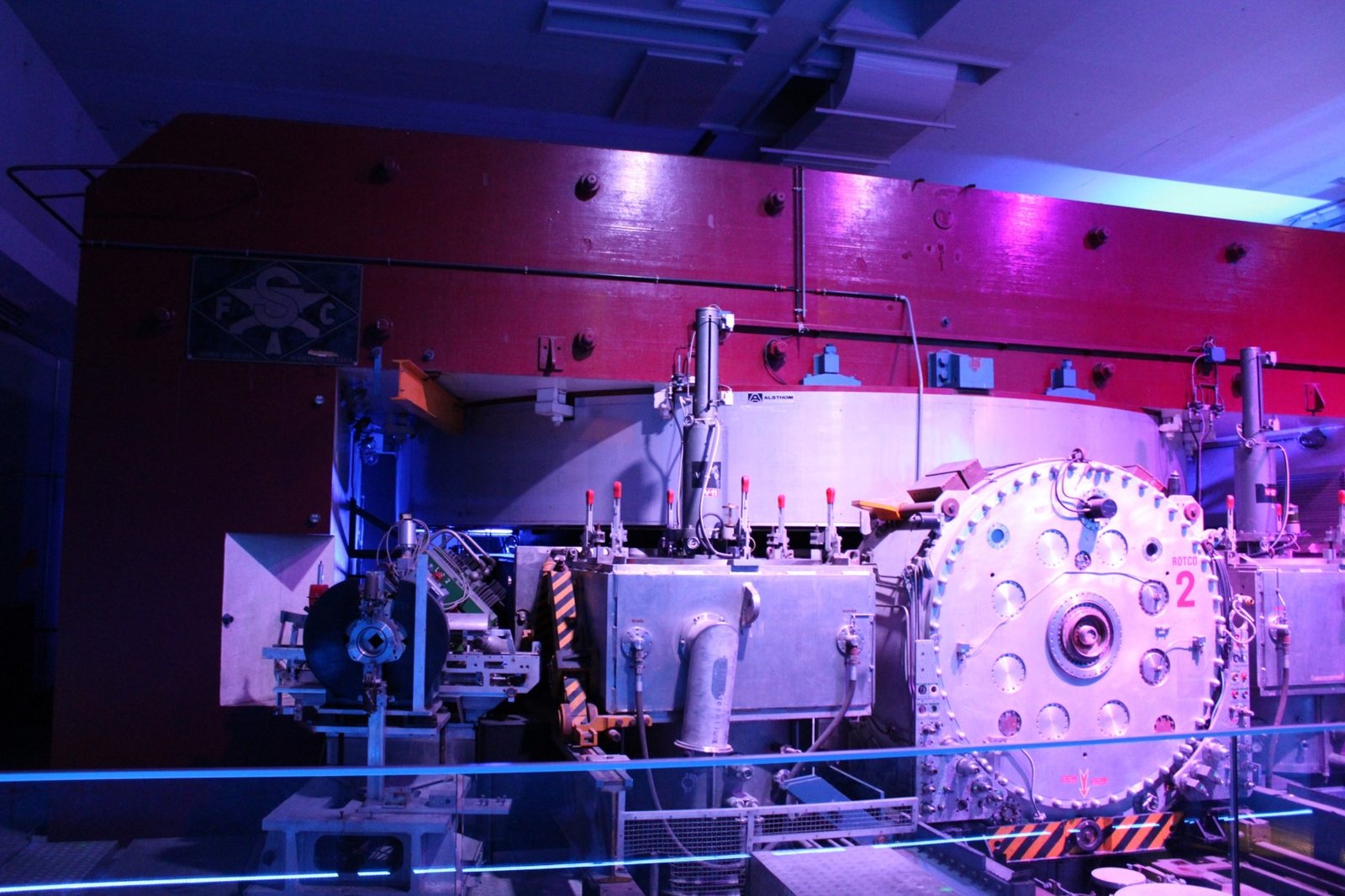 Synchrocyclotron was designed and built in only 3 years, starts operation in 1957. With this accelerator, European physicists were able to understand Weak Nuclear Force interactions. For 33 years, was important in fields of nuclear physics, solid state, materials and life science.